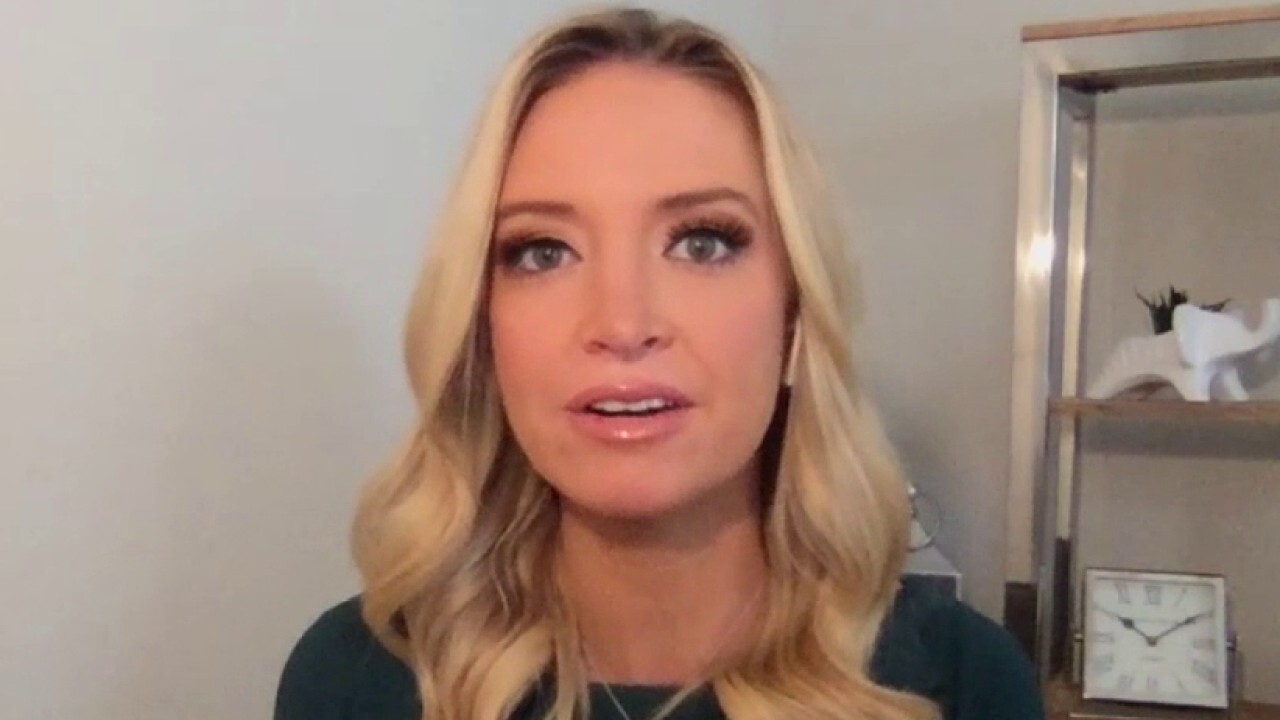 Pelosi on Friday announced legislation to create a commission that would allow Congress to oust a president from office, using the 25th Amendment, a day after she accused President Trump of being “in an altered state” from his coronavirus treatment.

“That’s an absurd proposition from Nancy Pelosi. The only one who needs to be looking at the 25th amendment is Nancy Pelosi herself,” McEnany, who is quarantining after testing positive for the coronavirus, said.

She points to a “bizarre” ABC interview Pelosi did where she smiled and said “Good morning, Sunday morning” in the middle of speaking about impeaching Trump because of his Supreme Court nominee Judge Amy Coney Barrett.

“So maybe she’s projecting here because the 25th amendment, no reason for it to be considered with the president of the United States but maybe for Nancy Pelosi herself,” McEnany said.

The president responded on Twitter Friday, claiming “Crazy Nancy Pelosi is looking at the 25th Amendment in order to replace Joe Biden with Kamala Harris. The Dems want that to happen fast because Sleepy Joe is out of it!!!”

Trump returned to the Oval Office Wednesday after being admitted to Walter Reed National Military Medical Center last Friday and getting a course of treatment before returning to the White House Monday.

Dr. Sean Conley, Trump’s physician, said the president could be able to campaign or attend events as early as Saturday.

“He won’t be out there if he can transmit the virus,” McEnany assured the co-hosts.

She slammed the Commission on Presidential Debates, calling it a “commission to reelect Joe Biden,” for doing the bidding of the Democratic Party by announcing a virtual debate set for October 15.

“The president has no interest in a virtual debate,” McEnany concluded. “It’s not a fair format.”