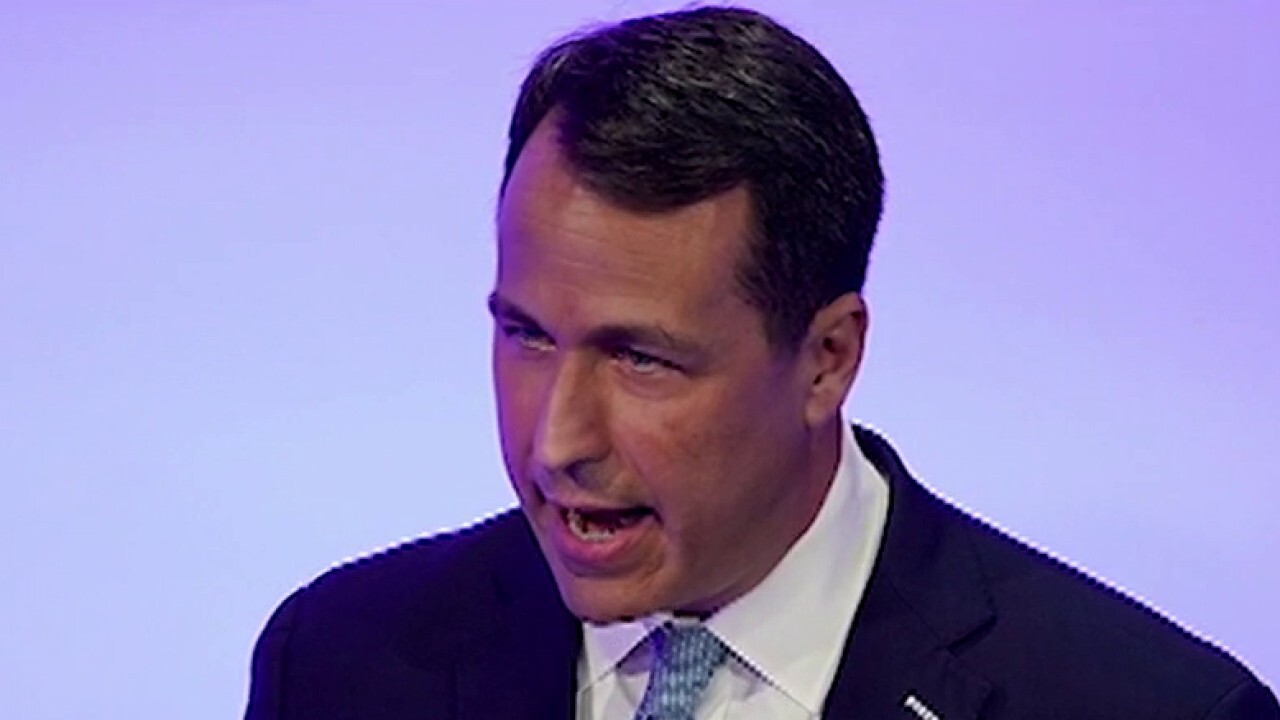 North Carolina Democratic Senate candidate Cal Cunningham on Friday dodged questions about the sexting scandal that has upended his campaign in the final weeks before the election.

Cunningham held his first news conference, on COVID-19 relief, since it emerged that he had exchanged intimate texts with a California strategist. Both are married.

SEE THE TEXTS: INSIDE THE CAL CUNNINGHAM MESSAGES THAT LED TO AFFAIR SCANDAL

Cunningham repeatedly dodged questions about whether he had been involved with more women.

“Let me be very clear, I’m hearing from North Carolinians that are telling me in no uncertain terms that they want their Senate candidate talking about the issues like those that we’re talking about right here today,” he said in response to one question about whether there were more women.

“I have taken responsibility for the hurt that I’ve caused in my personal life. I’ve apologized for it,” he said, according to WRAL. “This campaign is about more than just me. … North Carolinians are looking for somebody who’s going to take on the monumental challenges in front of us.”

Reporters on the call counted Cunningham as having dodged questions four separate times.

Cunningham has apologized, but has evaded specific questions about his relationship with Arlene Guzman Todd — the wife of an Army veteran. This week, Guzman Todd told the Associated Press their relationship included physical encounters as recently as July.

In texts, which were obtained by Fox News, Guzman Todd and Cunningham planned a private meetup.

“Hey!! And you are historically sexy,” Cunningham wrote. “Every day and night.”

“When can I see you? I want to kiss you,” Guzman Todd wrote.

“And I kiss back,” Cunningham responded. “A lot.”

Fox News also obtained texts between Guzman Todd and a friend about the affair. Guzman Todd denigrates Cunningham’s wife, Elizabeth Cunningham, and talks about her husband Jeremy Todd, who has called on Cunningham to drop out of the race.

“He’s not even cute enough for me. It’s the power I’m attracted to,” Guzman Todd writes. “But it’s … dumb.”

Polls show Cunningham in the lead against Sen. Thom Tillis, R-N.C., and it is not yet clear what impact the scandal will have on the race — which could potentially decide which party controls the Senate next year.

“North Carolinians deserve answers to the legitimate questions being raised about Cal Cunningham’s hypocrisy,” NRSC spokesperson Joanna Rodriguez said in a statement. “Voters need an opportunity to determine if someone under military investigation with potentially multiple affairs yet to be exposed is fit to represent them, and his unphased nonanswers are disrespectful and disturbing.”

Cunningham, meanwhile, has accused Tillis of trying to distract voters from the issues.

“Because Thom Tillis knows that he is losing and knows that we are winning, he has now resorted to trying to make this campaign about something other than the issues,” Cunningham said Wednesday night. “But we know, I know, this campaign is about your hopes and your dreams.

“I will not get sidetracked, and I hope you won’t either,” he added.

Fox News’ Evie Fordham and The Associated Press contributed to this report.