Rescue dog helps scientists save orcas — by sniffing out their feces

Rescue dog helps scientists save orcas — by sniffing out their feces 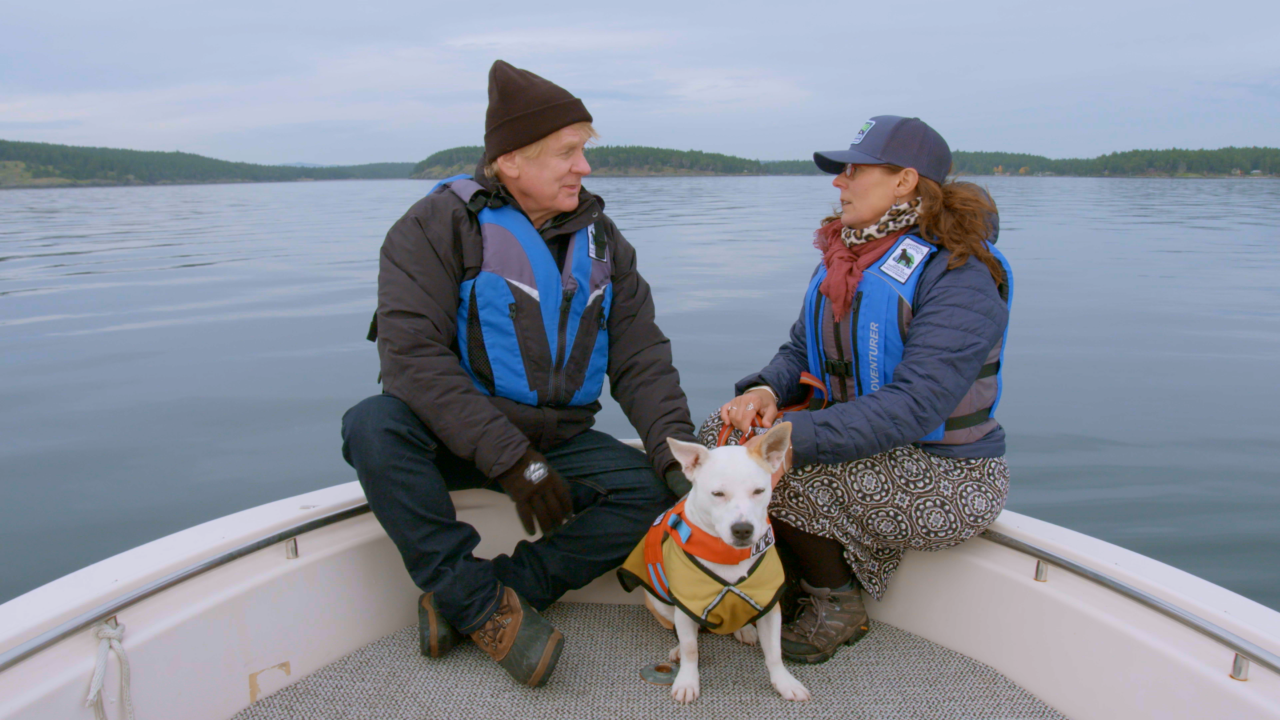 Many dog owners discourage their pets from sniffing poops they happen across, but Eba is no ordinary dog.

Eba helps orca researchers study the whales by tracking down their feces floating on the water. Her sensitive nose can detect the scent from a mile away.

Scientists who collect the scat sample are able to determine the whale’s individual DNA, recent meals, pregnancy, stress levels and pollutants, according to Wild Orca, a group dedicated to protecting a group of killer whales living in the northern Pacific Ocean off North America.

The dog wasn’t always destined for a life of science. She was abandoned outside a California animal shelter, and so cold and wet when staff there found her that they weren’t sure she’d survive, according to Wild Orca. But Eba did recover, and in 2017, Deborah Giles, a killer whale researcher at the University of Washington, adopted her.

Giles told Today that she suspected Eba might be a good candidate for the university’s Conservation Canines program, which teaches dogs to locate wildlife scat for researchers studying different species.

“By Eba’s second day on the water … she found her first wild whale scat by herself,” Giles told Today.

Despite the waves, currents and wind, Eba is able to signal a direction to Giles. She then uses signals to point the boat’s driver in the right direction, even if they have to change course a few times as they get closer, according to the report.

“As we pass through the center of scent cone, which is the strongest portion of that smell, she’ll whip around to the side of the boat to tell us, ‘Hey, wait a minute – you’ve passed it.’ That’s when we turn into the wind,” Giles told Today. “Then it might be a series of zigzags back and forth. It’s amazing the dogs can do this work.”

Scat discovered by Eba has already been useful to the researchers. Within weeks of her first outings last year, the scientists were able to find that the orcas were less stressed by the presence of boats than they were by a lack of fish to eat, Q13 Fox in Seattle previously reported.

“Being able to collect these fecal samples at a distance where we’re not stressing out the individuals is another really important part of this study,” Giles told the TV station.

Eba’s unusual work has gotten her noticed. She appeared on an episode of the Disney+ series “It’s a Dogs Life with Bill Farmer” that debuted this past summer. She’s also set to appear in a PBS documentary series “The Age of Nature,” which is narrated by Uma Thurman. Eba’s episode will premiere on Oct. 21.