Sam Darnold in danger of getting Josh Rosen treatment

Sam Darnold in danger of getting Josh Rosen treatment 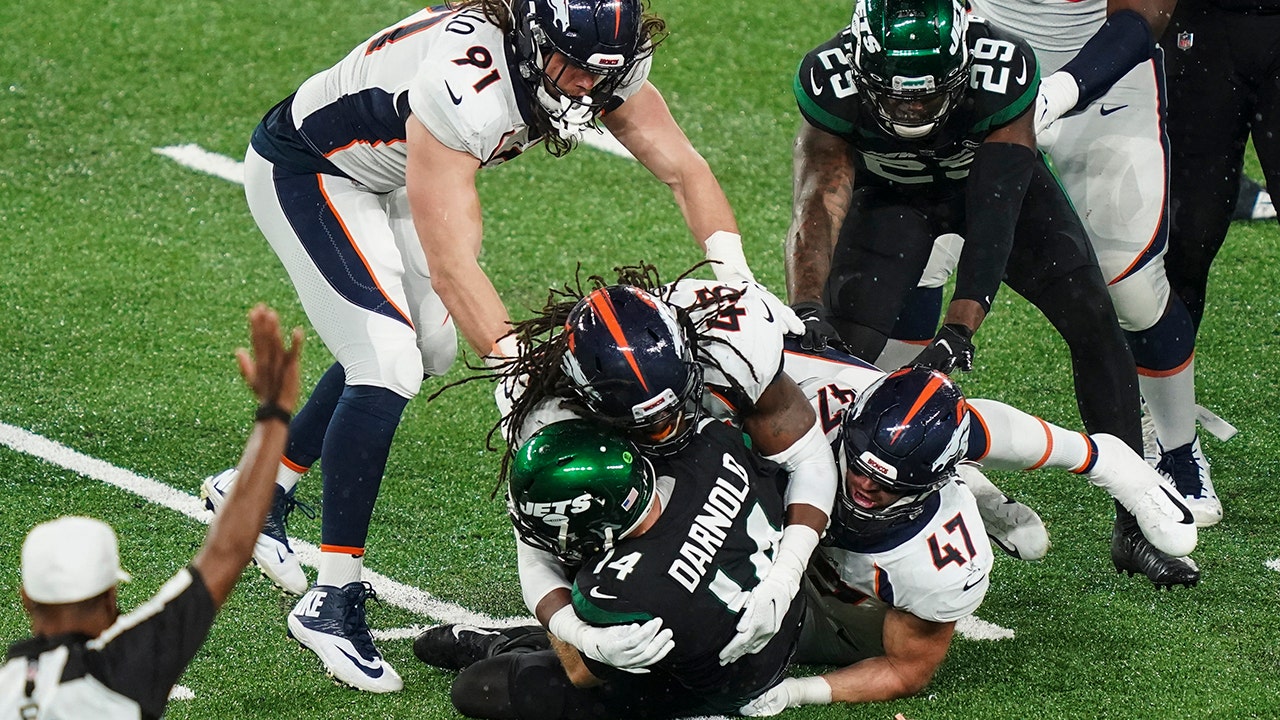 When the Jets play Sunday at MetLife Stadium, they may be looking at a template example of their future in their opponent, the 2-2 Cardinals.

For the past three years, the Jets have believed they have their franchise quarterback. Three seasons in, however, the results have not been what they hoped since Sam Darnold was drafted with the third-overall pick in 2018.

Darnold, who’s 11-18 as a starter, missed three games his rookie season, going 4-9, and another three games in 2019, going 7-6 after returning from his bout with mononucleosis.

Now Darnold is out of the lineup again, set to miss Sunday’s game with a right shoulder injury that has him listed as “week to week,’’ which leaves his return an open-ended mystery.

Seven picks later in that same 2018 draft in which the Jets chose Darnold, the Cardinals selected another promising prospect from Southern California, UCLA’s Josh Rosen, to be their franchise quarterback.

Rosen went 3-10 as a starter and produced similar numbers to Darnold in their respective rookie seasons. Rosen completed 55.2 percent of his passes, threw 11 touchdowns and 14 interceptions. Darnold completed 57.7 percent, threw 17 TDs and 15 INTs.

The following year, faced with the No. 1-overall pick in 2019 and with a new head coach in Kliff Kingsbury, the Cardinals pounced on quarterback Kyler Murray and traded away Rosen after only one season.

Rosen, currently on the Buccaneers practice squad, is now with his third NFL team in three seasons.

What if the Jets, currently 0-4, continue to lose and end up with the No. 1-overall pick?

Could they possibly pass up the chance to draft Clemson quarterback Trevor Lawrence, who’s considered by college football experts to be a generational talent?

The answer to that question is this: They can’t.

Jets general manager Joe Douglas, remember, didn’t draft Darnold. Similarly in Arizona, though Cardinals general manager Steve Keim drafted Rosen, Kingsbury was not the coach when Rosen was chosen, and he jumped at the chance to take Murray with the top-overall pick in 2019.

Murray responded by winning the NFL Offensive Rookie of the Year honors, completing 64.4 percent of his passes for 3,722 yards with 20 TDs to 12 INTs and rushing for 544 yards and four TDs.

The Cardinals finished 5-10-1 with Murray last season, but were a popular pick to be a playoff team this season based on upside of Murray, who in the offseason was gifted receiver DeAndre Hopkins in a trade with the Texans.

“It’s a quarterback-driven league, and if you’re a general manager that can’t find the right quarterback, you’re not going to have a job very long,’’ Keim said in an interview with the Cardinals’ team website during the offseason when referring to drafting Murray. “Fortunately for us, we had the first pick at the right time, and we think we took the right player.’’

The consensus is that Clemson’s Lawrence is that “right player,’’ a no-brainer at No. 1, a game-changer.

“Ultimately the decision was made that you don’t pass on [expletive] LeBron James,’’ Erik Burkhardt, the agent for both Murray and Kingsbury, said of the Cardinals drafting Murray in that same story by the team website.

As good a pro as Darnold has been, as good a soldier as he’s been despite the poor hands he’s been dealt by team management, with its inability to surround him with enough complementary talent, how much longer might he have?

Despite the fact Darnold is now going to miss at least one game because of injury or illness for the third consecutive season, he refuses to view himself as injury prone and he, too, wants no part of being bogged down by a bleak big picture.

“It’s just something you got to deal with,’’ he said of the injuries. “I always have a positive mindset towards everything. Just looking at the season, did the first four games go the way that we want them to? No, but there’s a long season left ahead of us.’’

How much longer, though, does Darnold really have before a major decision must be made about his and the team’s future?

If the Jets end up with the No. 1-overall pick in 2021 and are to take the same path as the Cardinals did a year ago, it’s possible Darnold has only the balance of this season to show he’s the franchise quarterback he was drafted to be.