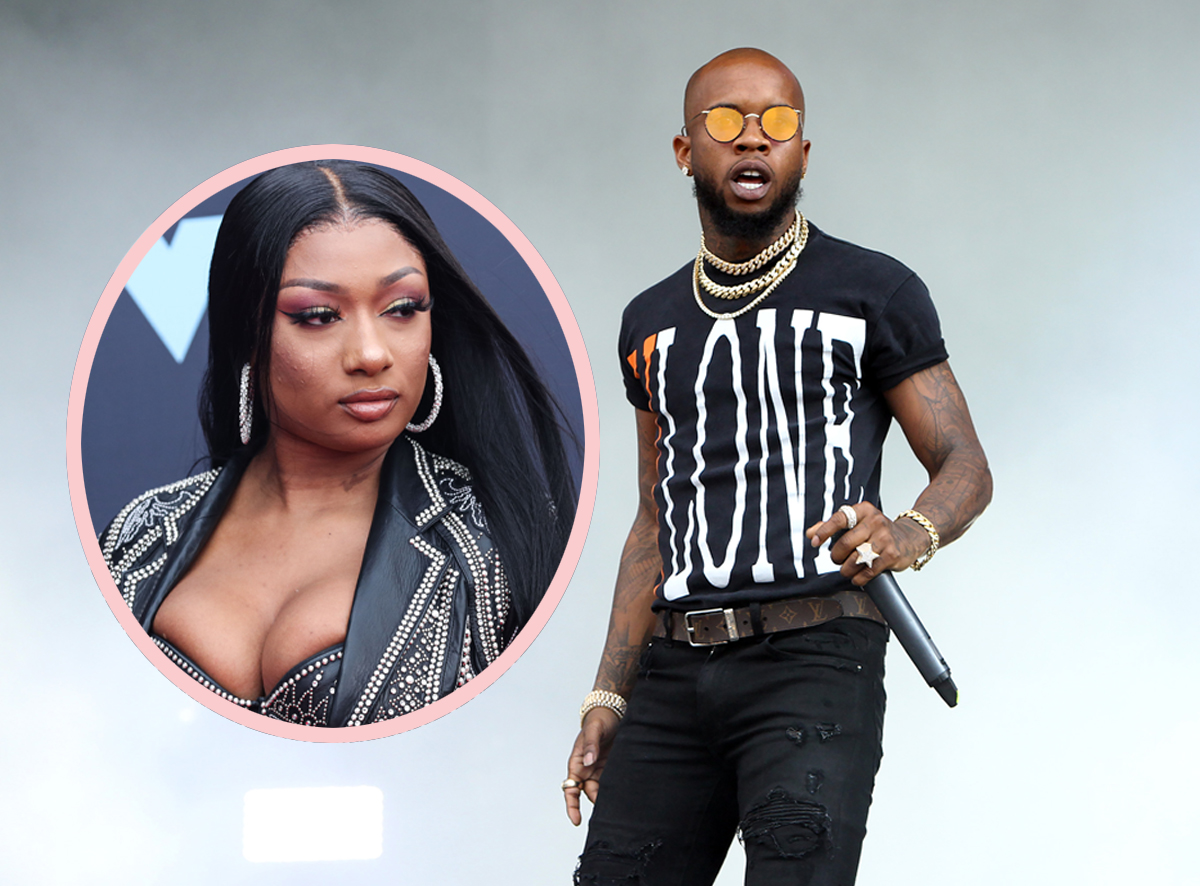 Looks like this case is moving from the court of public opinion to a court of law.

On Thursday, Tory Lanez was officially charged with felony assault in connection with the alleged shooting of Megan Thee Stallion. If convicted, the rapper (real name Daystar Peterson) could face “a possible maximum sentence of 22 years and eight months in state prison,” according to the LA County District Attorney’s Office.

Related: Tory Apologized After Shooting, Told Megan He Was Just ‘Too Drunk’!

In a press release, the DA announced:

“The rap artist known as Tory Lanez has been charged with assaulting a female friend in the Hollywood Hills earlier this year, the Los Angeles County District Attorney’s Office announced today.

Daystar Peterson aka Tory Lanez (dob 7/27/92) was charged today in case BA490599 with one felony count each of assault with a semiautomatic firearm – personal use of a firearm – and carrying a loaded, unregistered firearm in a vehicle. The defendant also faces a gun allegation and that he personally inflicted great bodily injury.”

The release went on to describe the incident. It said:

“On July 12, the defendant and the 24-year-old victim got into an argument while riding in an SUV in the Hollywood Hills. The victim exited the vehicle and Peterson is accused of shooting several times at her feet and wounding her.”

While the announcement doesn’t identify Meg by name — and she was actually 25 years old at the time of the incident — these details line up with the WAP artist’s own account of what happened. In an Instagram Live, she attempted to clear up any misinformation about the shooting. She explained:

“There’s only four motherf**kers in the car: me, you, my homegirl, and your security. Everybody in the car arguing. I’m in the front seat, this n**** in the back. I get out the car, I’m done arguing, I’m walking away. This n****, from out the backseat, starts shooting me! You shot me! I didn’t get cut on no glass! Let me tell you why they saying that. There’s a witness – when the police came… this did not happen at Kylie’s house, this happened damn near back at the house I was staying at. I was just trying to get home.”

Unfortunately, the 28-year-old went on to confuse the issue by releasing a whole album to deny his involvement and paint himself as the victim. He even tried to cast doubt on Meg’s story, rapping:

“Gotta see a couple questions: how the f**k you get shot in your foot, don’t hit no bones or tendons? / How the f**k your team is tryna to pay me in some whole millions? / I just lost like ten million dollars because this cold business / But I got like ten million followers that’s gon’ roll with me… / N****s, y’all can play me, y’all can frame me, but I’ma reach the top / I would never put you in no danger, and if I did, you would’ve said it when you seen the cops”

Considering the Hot Girl Summer rapper claimed not to have told the cops out of fear of a police force known to be violent towards Black people, he really had a lot of nerve dropping that line.

Lanez’s arraignment is scheduled for October 13. Hopefully justice is served appropriately in this case and that Meg won’t have to continue reliving this traumatic event any longer.