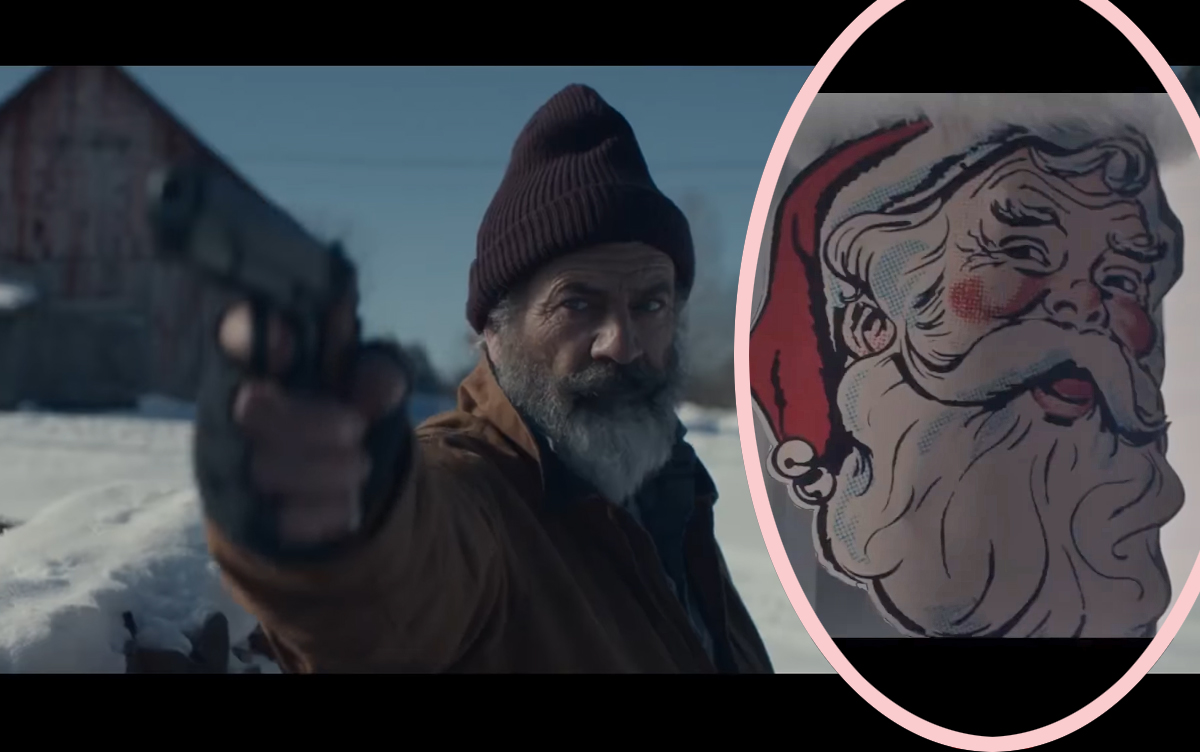 Mel Gibson is known for his roles in flicks such as Braveheart and Mad Max, but he’s taking on a character even more iconic this time: Santa Claus.

The controversial 64-year-old is starring in a new dark comedy, Fatman, as Kris Kringle, a bitter businessman who is bummed out over the decline in Christmas spirit.

Related: Tricks & Treats! Everything Coming & Going On Netflix In October!

In the newly released trailer, Gibson’s character goes up against assassin Walton Goggins who is contracted by a 12-year-old to kill Santa after being put on the naughty list and gifted coal:

“I don’t know what I’m doing wrong, I’ve lost my influence. Maybe it’s time I retire the coat…All I have is a loathing for a world that’s forgotten.”

Ch-ch-check out the ridiculous trailer (below):

Well, that’s an interesting new take. But Twitter is NOT having any of this, mostly because of its controversial star. Take a look at some of the top responses, both critical and hilarious, (below):

Mel Gibson: I wanna do a movie about a white Christian man being persecuted in America.

When people say “cancel culture is real,” remind them of the time that raging misogynist and anti-Semite Mel Gibson got paid millions of dollars to play Santa Claus. ???? https://t.co/1HA55Td4gv

What do U think, Perezcious movie buffs?! Will U be watching this?? (And how would you feel about it if Nicolas Cage were in it instead??) Let us know your take in the comments (below)!