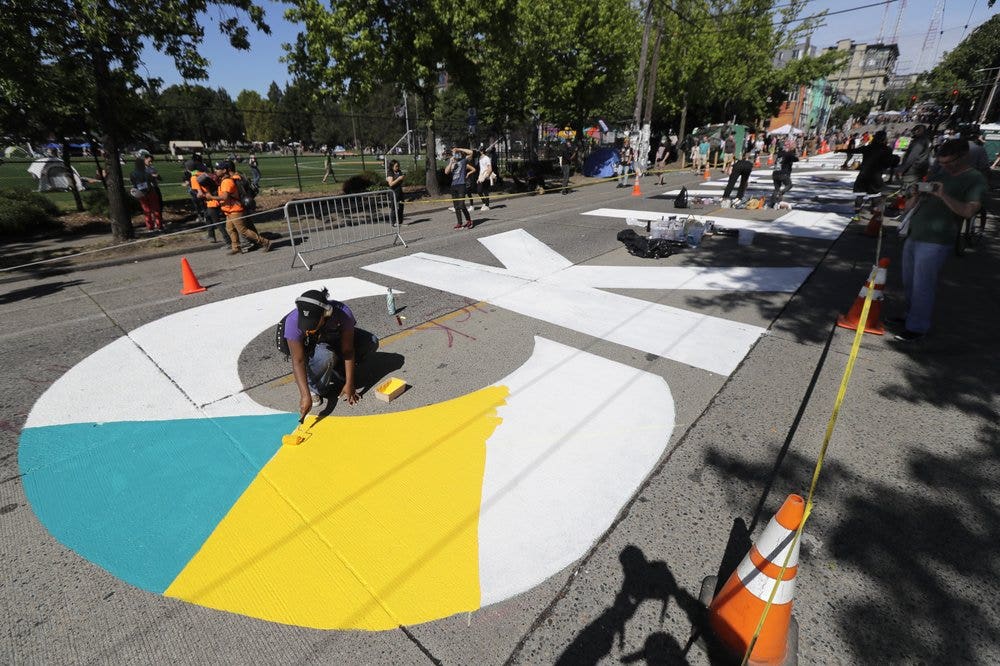 A Black Lives Matter mural in Seattle stirred controversy when the original artist was asked to paint over anti-police messaging in the work, according to a KOMO News report.

Residents of the Capitol Hill Organized Protest first painted the mural in June, covering Pine Street between 10th and 11th avenues. Fifteen artists were involved in the original mural, and the city asked each to touch it up.

Part of that touch-up involved asking the artist of the “E” in “Matter” to paint over anti-police messages in the letter. VividMatterCollective, which is responsible for the mural, said the artist recently added the words without notifying other artists.

“Our City and nation are in the midst of a reckoning with police violence and systemic racism, and the Mayor believes that the preservation of public art and artistic expression is critical to the continued conversation around how to dismantle institutional barriers and build a better, more just society,” a statement from Mayor Jenny Durkan’s office read.

“While the Mayor does not agree with the sentiments expressed above – that wasn’t the intention of this project. The Mayor shouldn’t be the one dictating what these artists depict – the goal was to provide them a space and resources to express themselves.”

Restoration started in late September. The Seattle Office of Arts and Culture said the mural restoration acknowledges the cultural significance of the area to the Black Lives Matter movement, KING 5 reported.

The artwork started to deteriorate because the paint was applied to an unscored surface covered in slippery aggregate.