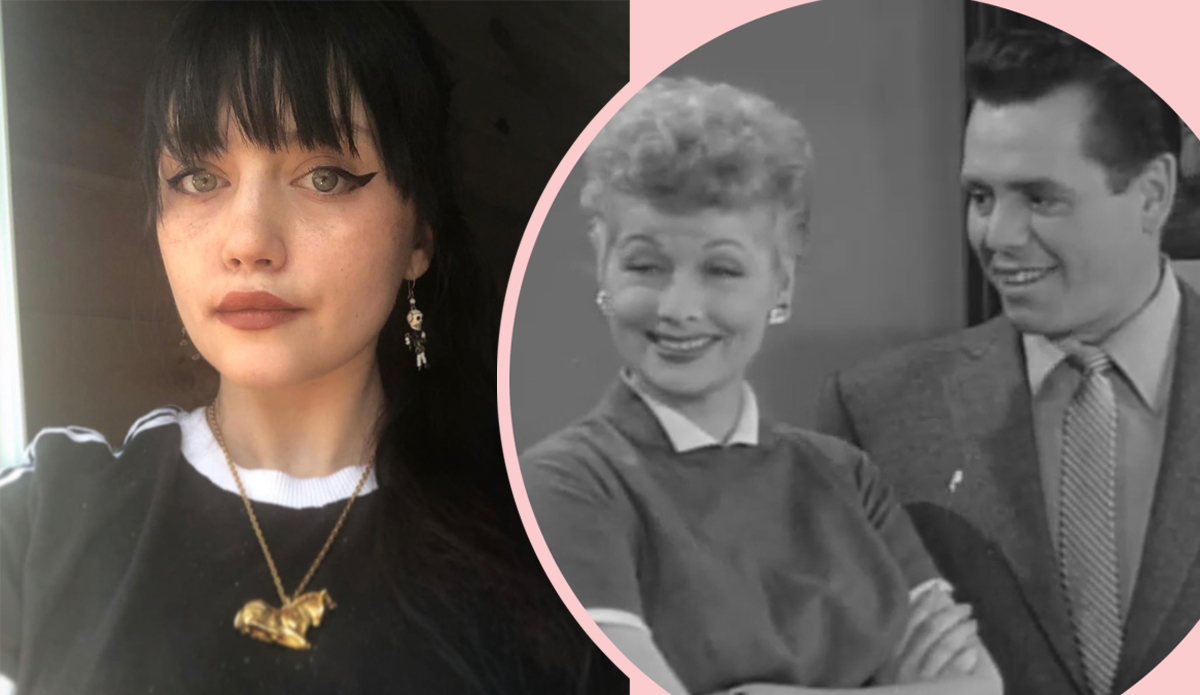 Desiree S. Anzalone, the only great-granddaughter of the legendary Lucille Ball and Desi Arnaz, has sadly passed away after a hard-fought battle with stage 4 breast cancer. She was only 31.

According to a People report, the talented young photographer died “peacefully” late last month on September 27 at Smilow Cancer Center in Connecticut, less than two weeks after her 31st birthday. Her famous family ties came from being the granddaughter of Desi Arnaz Jr., and daughter of Julia Arnaz and Mario Anzalone.

It was her mother, Julia, who confirmed the tragic news of Desiree’s passing; she told the outlet that “watching her slip away was just, I wouldn’t wish it on my worst enemy. No mother should have to watch that.” She added:

“She was so special. All our children are special, but this little girl was something else. We were [best friends]. We are still. She was so beautiful, just so so beautiful inside and out. She really, really reminded me a lot of my grandmother, more so than I.”

Desiree was first diagnosed with stage 2 breast cancer at the age of 25. After undergoing chemotherapy, she ultimately decided to get a double mastectomy and although she was in remission for a period of time, she learned that by 2018 her cancer unfortunately returned as stage 4 where it spread to her liver, lungs, and bones.

Though things took a turn for the worse, her family had still been hopeful for more time with her. Julia explained:

“She probably would have been with us for a few more years — it was starting to spread a lot more, and the tumors were getting bigger — but we expected her to stay at least through the holidays. What went wrong is she kept getting fluid around her heart and then they kept doing surgeries and it would come back like two weeks later. And this time, they did the surgery and came back 12 hours later and [said], ‘You’ve got days, if hours.’ So that was really tough. I was there before that happened. It was unimaginable.”

Wow. How incredibly heartbreaking. Unfortunately, the coronavirus pandemic also made it harder for the duo to spend more quality time together during her final days:

“The COVID-19 kept us apart, so I wasn’t able to see her as much as I usually do because she was compromised and I didn’t want her getting sick in any kind of way. So I wasn’t able to spend as much time with her as I normally do because of the COVID since March. I mean, I saw her, but not as much; we’d hang out every day practically she was here. Plus, she lived with me for a while.”

Prior to her death, the Connecticut native wanted to raise awareness for October’s Breast Cancer Awareness Month and her mother said she specifically wanted people to know that “just because you’re a certain age doesn’t mean that it can’t happen to somebody.” Sharing more about this tragically young case of cancer, she added:

“It’s just not talked about a lot. It’s usually people in their late 30s, 40s, 50s — not somebody at this age. So that was something that she really wanted — to help other women like her. A preventative, really.”

The matriarch described Anzalone as “a beautiful photographer” with incredible talent and a passion for ’60s and ’70s music. She also had big plans to finish college before the disease ultimately took its toll on her body.

Back in April 2019, Desiree shared a screengrab to her Instagram of an article which remarked how proud her great-grandmother Lucy would’ve been of how she handled the devastating diagnosis. At the same time, she also slammed trolls who responded with mean comments stating the relatives bore little resemblance. It’s sad to think she was dealing with this sort of nonsense while fighting for her life…

Such a nice article wrote about me, and how Lucy and I share the same gumption in regards to my fight with stage 4 breast cancer and how proud she’d be of me, however the outrage from 3,000 comments of people literally yelling through my phone outweighed the beautiful story the author wrote. Everyone only focused on the superficial outward appearance of us and about how I LOOK NOTHING LIKE HER, “someone needs glasses” “No resemblance. Lucy was beautiful” “Who writes this bullshit…they need to go to spec savers”. These comments are so ridiculous, and sad, like calm down people. I promise it’s going to be okay. No need to get so angry. Too many shallow human beings out there. I have acknowledged my entire life I do not resemble my great grandma, but rather have more of the Arnaz genes. So thank you all for stating the obvious ???????????????????????? I empathize with actual celebrities who have to read shit about them every day, so sad, so many trolls and mean gremlins on the internet • • •••••••••••••••••••••••••• •••••••••••••••••••••••••• •••••••••••••••••••••••• https://www.theepochtimes.com/comedy-queen-lucille-balls-great-granddaughter-is-all-grown-up-and-looks-just-like-her_2874017.html

We wish them all comfort during this incredibly difficult time and we encourage our Perezcious readers to make sure they get tested as early as possible for early signs of cancer.