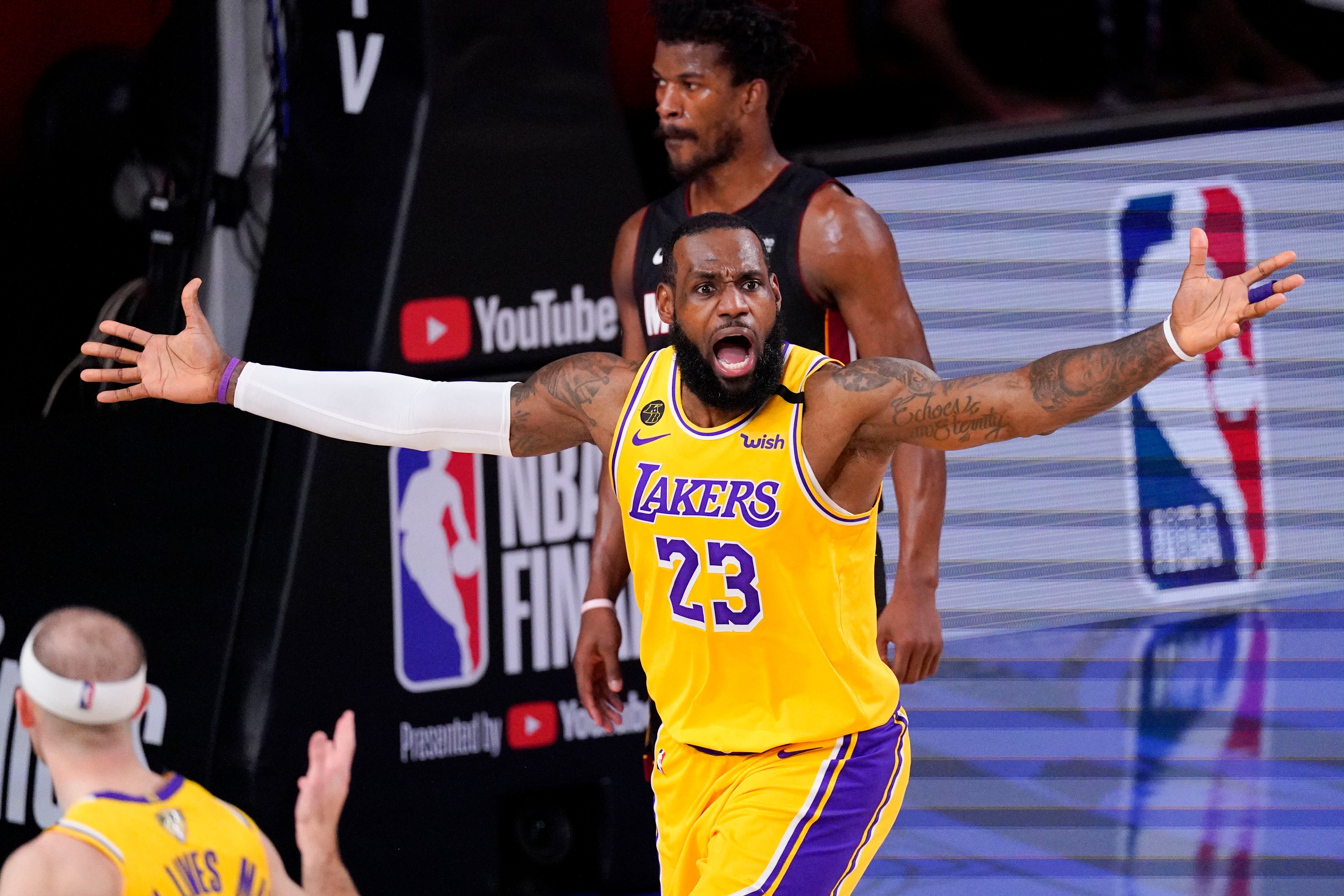 President Trump took aim at the NBA and Los Angeles Lakers’ star LeBron James on Friday, relating a historic drop in ratings to how “political” the league and players have become.

Trump spoke on “The Rush Limbaugh Show” on Friday about a number of topics, but didn’t shy away from recent reports of a significant drop in ratings during this year’s NBA Finals between the Lakers and Miami Heat.

“The NBA has become so political that nobody cares about it anymore,” the President said. “I don’t even know who’s playing in the Finals.”

Trump turned his attention to James who will be looking for his fourth ring in Game 5 of the Finals Friday night.

“LeBron is a spokesman for the Democratic Party and a very nasty spokesman,” he said. “Because, again, I’ve done so much for the Black community and people don’t want to see that.”

LEBRON JAMES DENIES INCITING HATRED AGAINST POLICE: ‘NOT ONE TIME HAVE I EVER SAID ‘LET’S ACT VIOLENT TOWARDS COPS’’

“He’s a great basketball player, but people don’t want to see a guy that way,” Trump said. “They don’t want to see that. We have enough difficulty during the week, you don’t wanna sit down watching a basketball game and then watch somebody that hates your guts, OK? He’s a hater.”

James remained quiet on social media following the president’s remarks, but he has been an outspoken critic of Trump and his bid for reelection.

On Wednesday, after the vice presidential debate, James took to social media to mock Mike Pence after a fly landed on his head and remained there for several minutes.

The NBA Finals — and the longest season in league history, thanks to the coronavirus pandemic and the shutdown that followed — could end on Friday night, when James and the Lakers take on the Heat with a 3-1 series lead. Miami is looking for a way to extend this matchup into a Game 6 that would be played Sunday.