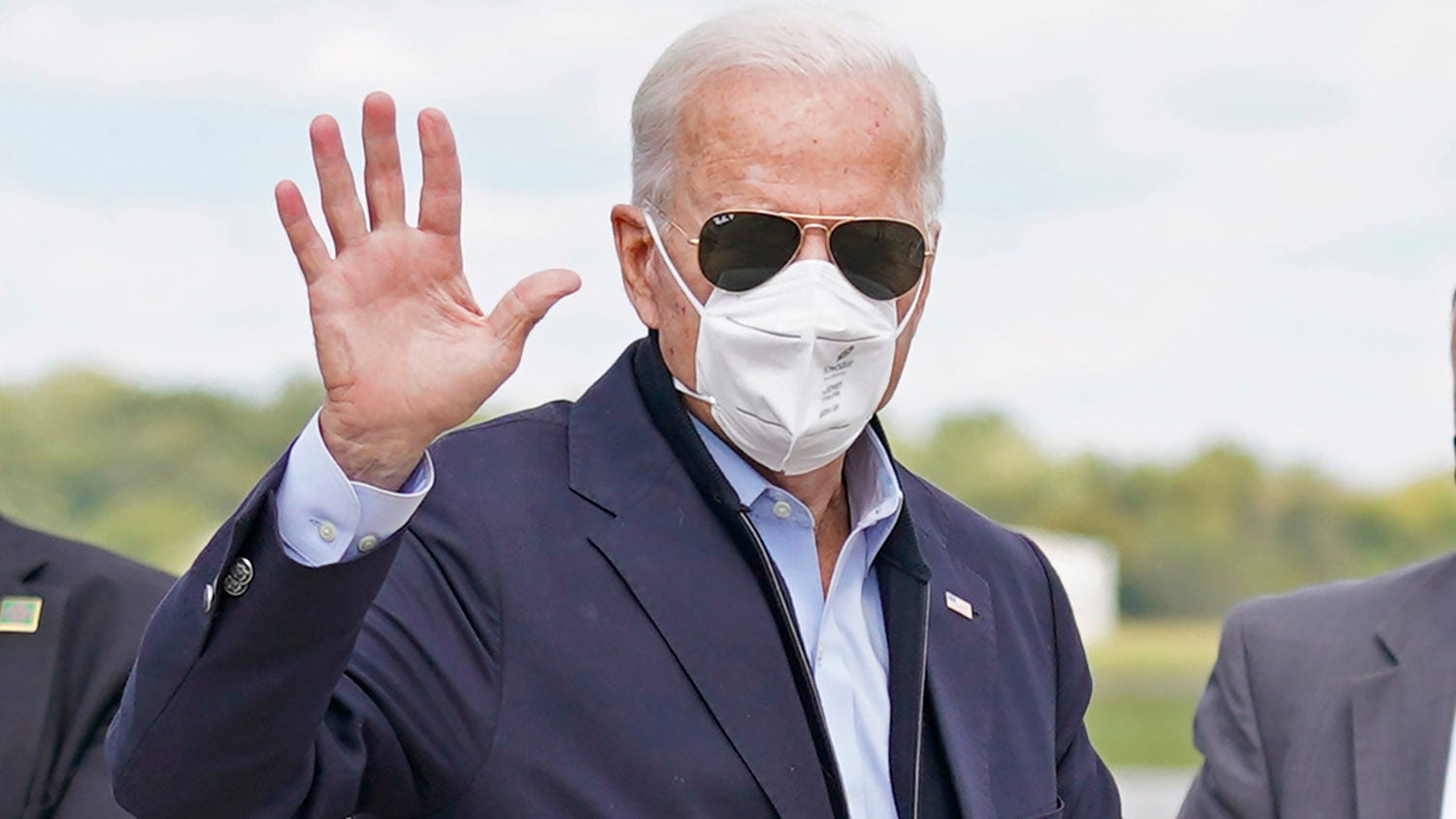 Joe Biden on Friday coughed into his hand during a campaign stop in Las Vegas, Nevada.

Biden, who sported a mask and his iconic aviators at a voter drive-in event, had taken a moment to catch his breath while speaking to supporters.

However, the Democratic nominee lowered his mask and coughed into his hand before covering his face again.

“You can’t make this up. Joe Biden just removed his mask to cough in his hand. Talk about unsanitary!” GOP rapid response director Steve Guest reacted while sharing the clip.

This isn’t the first time Biden was criticized for his lack of sanitation. During an interview last March as the coronavirus outbreak was underway, the former VP similarly coughed into his hand but was immediately called out by CNN anchor Jake Tapper.

“You know, you’re supposed to cough into your elbow,” Tapper told the Democratic nominee. “I learned that, actually, covering your White House.”

The CNN anchor, however, doubled down on the proper etiquette lesson.

“It’s kinda just old school to do it with your hand,” Tapper added while demonstrating with his elbow again. “Do it into your elbow. You’re supposed to do it.”