Ashley Benson and G Eazy were all decked out for spooky season on Saturday night as they arrived to a Halloween house party holding hands in Los Angeles.

While the loved-up duo, who were first linked in May, frequently engage in PDA, the duo opted against wearing a couples costume, or coordinating their outfits at all.

For their fun night out, the 30-year-old actress slipped into a black latex mini dress and matching thigh-high boots, which showed off every curve of her toned figure. 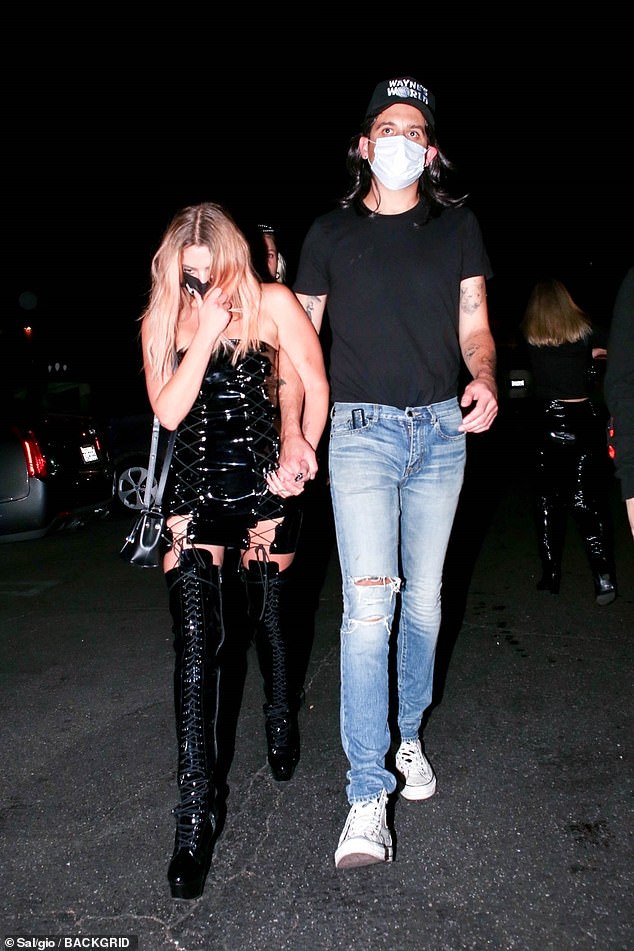 As the Pretty Little Liars alum put on a leggy display in her skintight ensemble, her rapper beau sported a Wayne’s World baseball cap, ripped jeans and a black t-shirt.

Despite his very laid-back attire clashing with Benson’s seductive and laced-up look, the 31-year-old also made sure to put safety first by his nose and mouth covered.

The petite Spring Breakers star, eventually, slipped off her CDC-recommended facial covering, which gave onlookers a view of her heavy eyeliner and bright red lipstick. 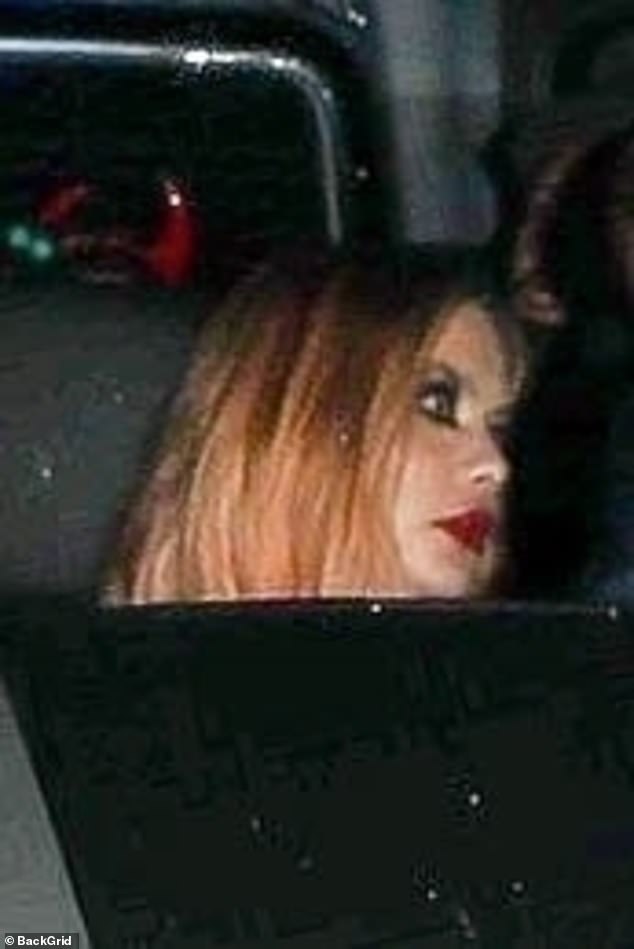 Ready to party: While the loved-up duo, who were first linked in May, frequently engage in PDA, the duo opted against wearing a couples costume, or coordinating their looks at all

Unlike her man, who wore a long wig, the bombshell rocked her own hair, which she dyed a bright, cotton-candy pink hue in early October.

The performers have been spotted at a number of interactive drive-through experiences, amid the ongoing coronavirus pandemic.

Earlier in the week, the lovebirds hit Nights of the Jack, before swinging by a Halloween-themed popup at Yamashiro Hollywood, which featured killer clowns and delicious burgers. 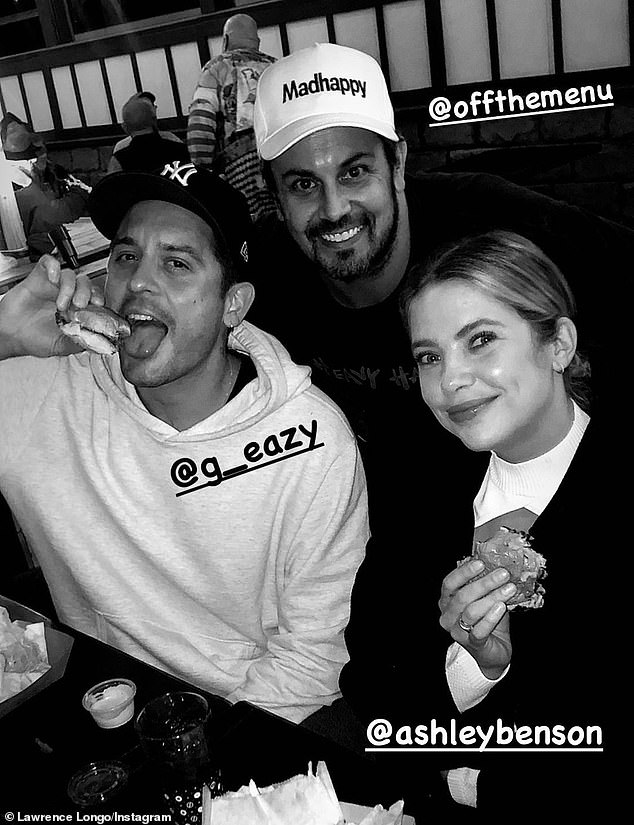 Deadly delicious: The pair swung by a Halloween-themed popup at Yamashiro Hollywood where they indulged in burgers surrounded by killer clowns earlier this week

The pair, who first got together after her split from girlfriend Cara Delevingne, have continued to go from strength to strength with insiders sharing that the relationship is very serious.

The two not only collaborate musically, but are also lovers, with G-Eazy recently raving about his new girl’s talents.

Breaking his silence about the relationship last week during an interview with ET, he gushed, ‘She’s an exceptionally talented person in many different spaces. She’s a special one.’ 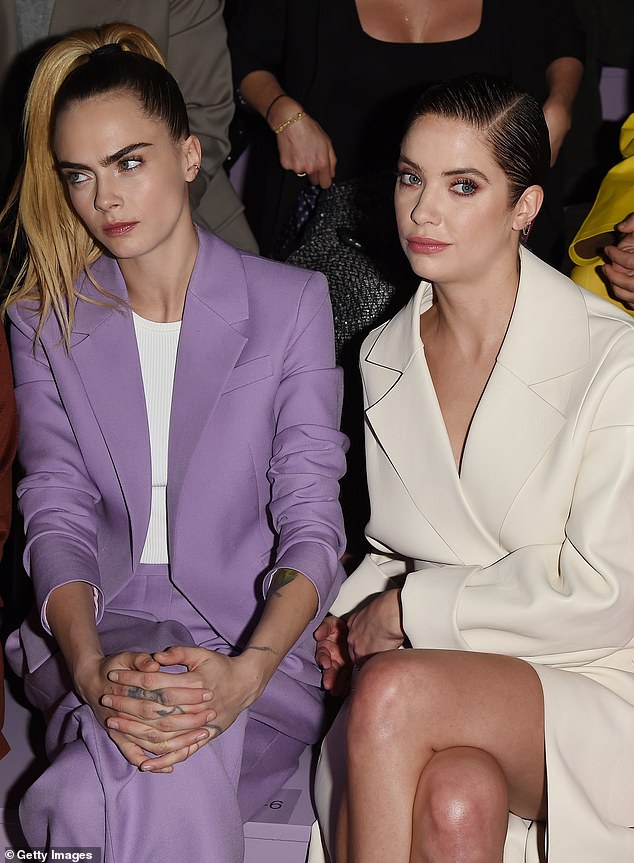 Complicated: It was recently reported that G-Eazy’s ex Halsey, 25, had started up a relationship with Ashley’s ex Cara Delevingne, 28, after Cara and Ashley split; seen in February

An insider shared with E! that the two were basically living together, adding that the two worked well together because they ‘balance each other out.’

The source continued, ‘They both make each other laugh all day long…G-Eazy thinks that Ashley brings him more down to earth and keeps him grounded. It’s been very healthy so far and they are in a great place

To make matters even more complicated, since the Delevingne-Benson split, Cara was linked to G-Eazy’s ex Halsey for a brief period of time. 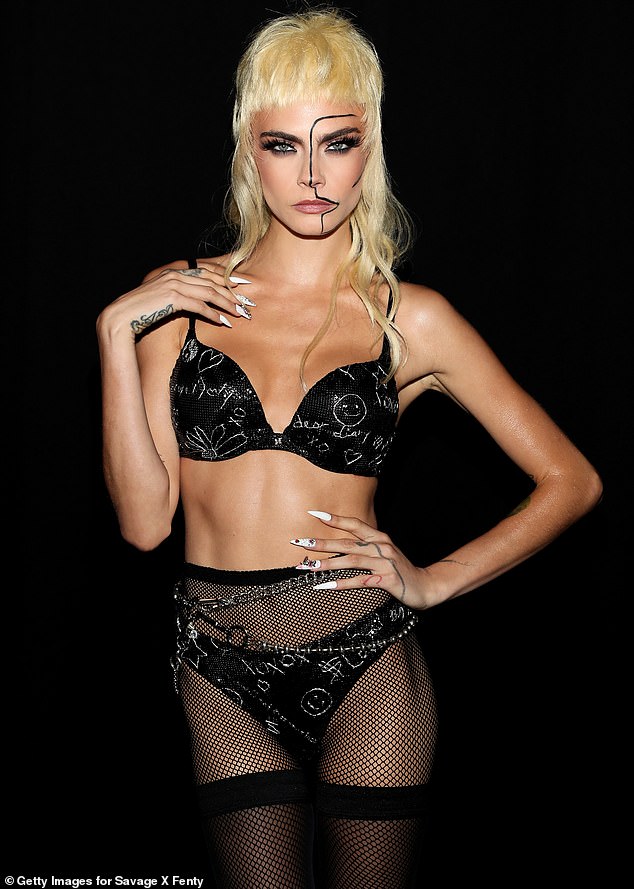 Former flame: Cara and Ashley dated for nearly two years, before the pair called it quits in early April

Reports surfaced in September that the model and Without Me singer were having a bit of a fling.

Speaking to The Sun a source shared, ‘Neither of them are particularly keen to be tied down and they’re fine about seeing other people.’

The source continued, ‘It’s actually just funny to them that their exes are together now, and there’s no hard feelings.’ 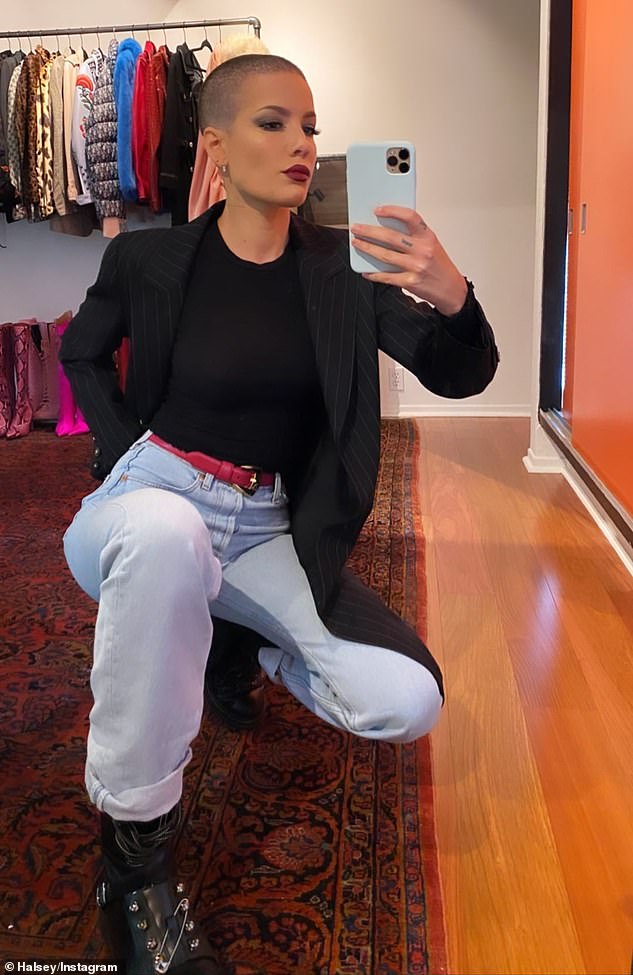 Casual fling: Benson and G-Eazy’s exes Halsey and Cara were linked for a period of time over the fall, with a source sharing that the two had ‘no hard feelings,’ towards the new couple