Below Deck Mediterranean star Hannah Ferrier, 33, is seen with her baby daughter for the first time

Below Deck Mediterranean star Hannah Ferrier, 33, is seen with her baby daughter for the first time

Below Deck Mediterranean star Hannah Ferrier has given birth to a daughter.

The 33-year-old reality star was spotted with the newborn while going for a stroll with her partner Josh in Sydney on Saturday.

Hannah looked radiant as she tenderly cradled the newborn in her arms before getting Josh on daddy duty. 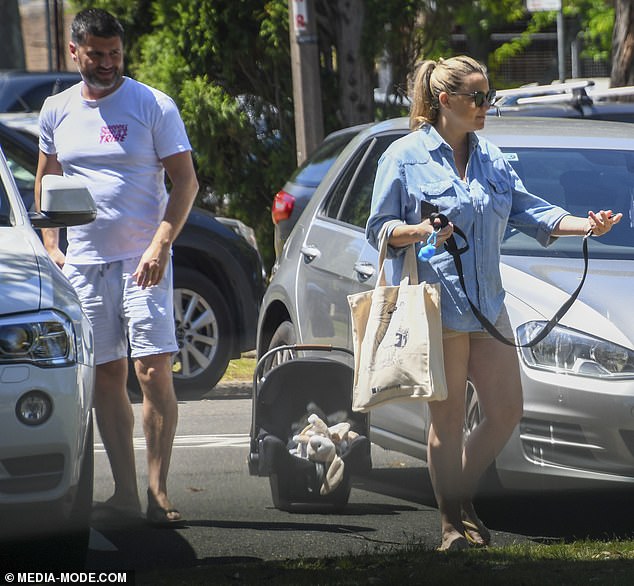 Baby joy! Below Deck Mediterranean star Hannah Ferrier, 33, (pictured alongside partner Josh) looked positively radiant as she stepped out with her baby daughter for the first time since giving birth on Saturday in Sydney

Josh pushed the stroller at times, while Hannah walked the family dog.

Hannah was positively glowing as she dressed for springtime weather in a long-sleeve denim shirt and thigh-grazing beige shorts.

The reality star finished her outfit with a pair of flip-flops and a stylish pair of sunglasses. 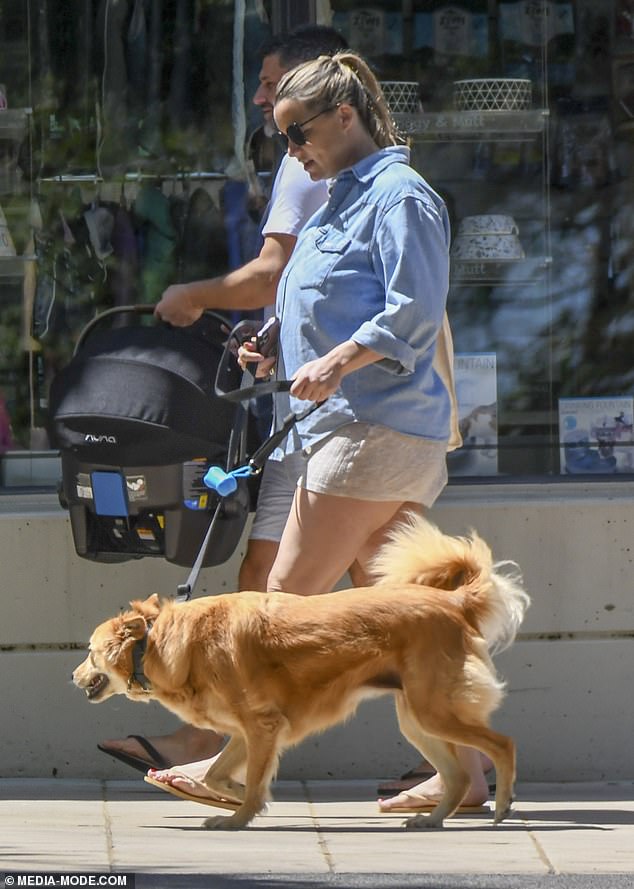 New mother glow: Hannah was positively glowing in a long-sleeve denim shirt which she paired with thigh-grazing beige shorts 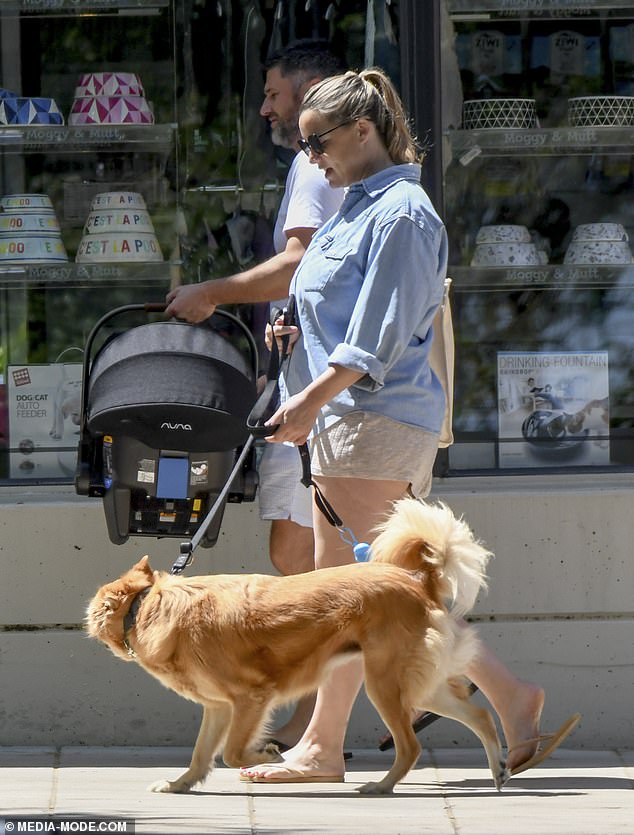 Stylish: The reality star finished her outfit with a pair of flip-flops and a stylish pair of sunglasses as she walked their dog down the pavement

She carried her belongings in a canvas tote bag, wore minimal makeup and kept her hair back in a ponytail.

Hannah is yet to officially announce her baby’s arrival and name on social media.

Last week, Hannah posted a photo of her baby bump as she took a walk not long before giving birth. 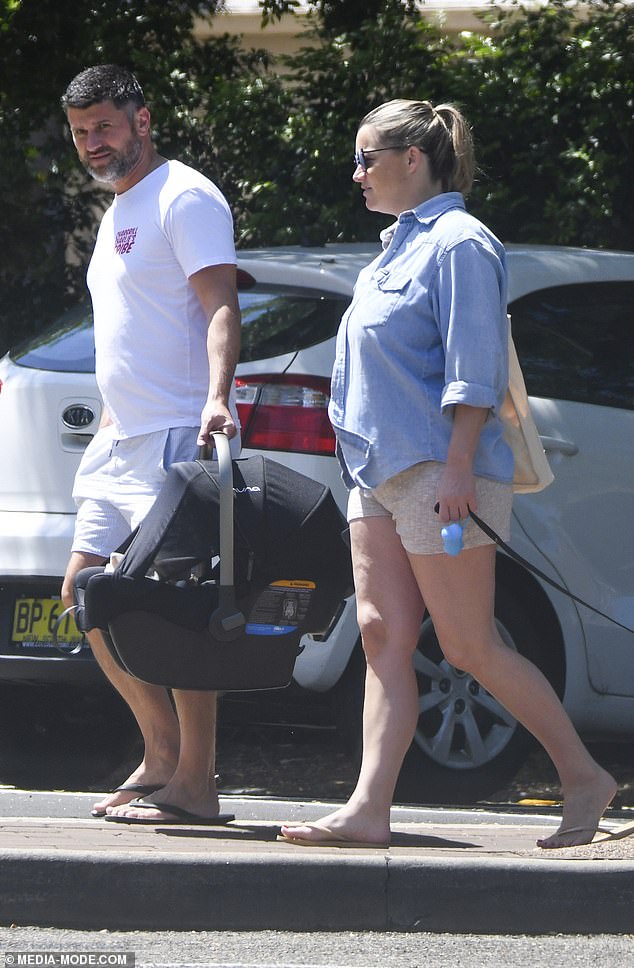 Bundle of joy: Hannah’s partner Josh carried the baby capsule with the youngster safely inside, while Hannah held their dog’s leash 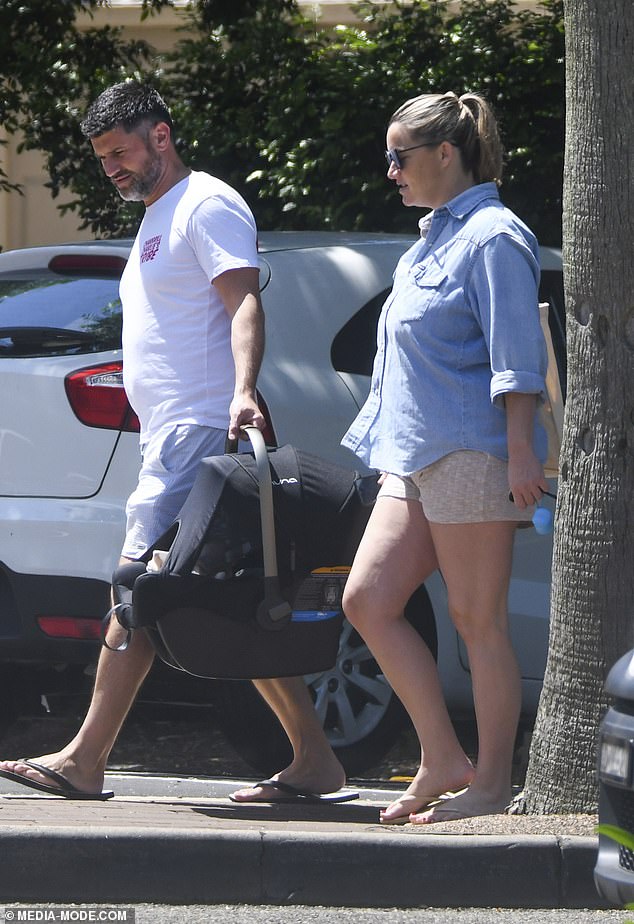 Doting: The couple were overjoyed as they enjoyed their first public outing as a family

The post’s purpose was actually to celebrate a relationship milestone, with Sarah captioning the image: ‘2 year anniversary with my gorgeous man.’

‘Words can’t express how much I am looking forward to this next chapter,’ the blonde beauty added.

Hannah revealed that she is expecting a daughter with Josh in August. 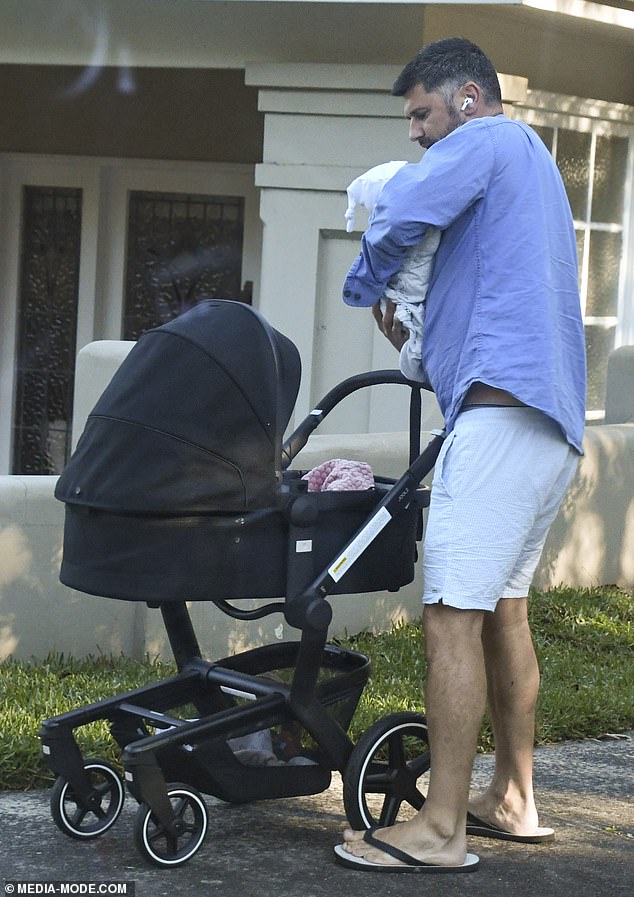 Awww! At times, Josh held the adorable newborn while going for a walk with the stroller

Posting to Instagram, the star uploaded footage of herself wearing a black mini-dress that showed off her baby bump.

The slow-motion video showed her throwing a bundle of pink rose petals at the camera. 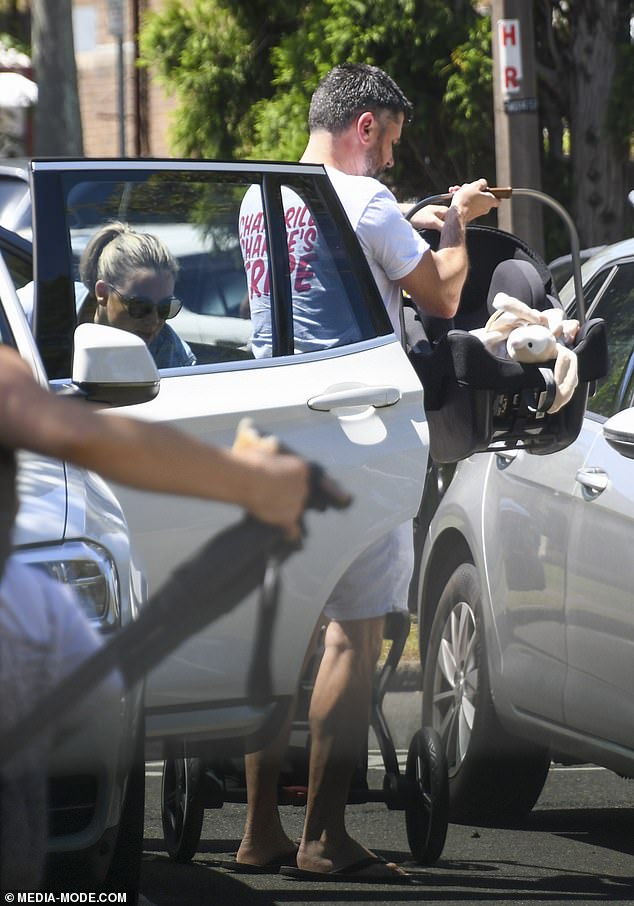 Daddy duty: The couple were seen fussing over the newborn prior to the walk

While little is known of Josh, Hannah recently divulged in a Bravo Insider interview: ‘He’s very private, he hates social media, so, that’s definitely something that I respect. It’s probably for the best.’

Hannah added: ‘Like, I don’t think I could date someone that was fascinated with their Instagram and taking selfies and stuff. He’s just very low-key.’

Her baby joy comes on the heels of the drama after she was fired as chief stewardess for having undeclared Valium on board the yacht. 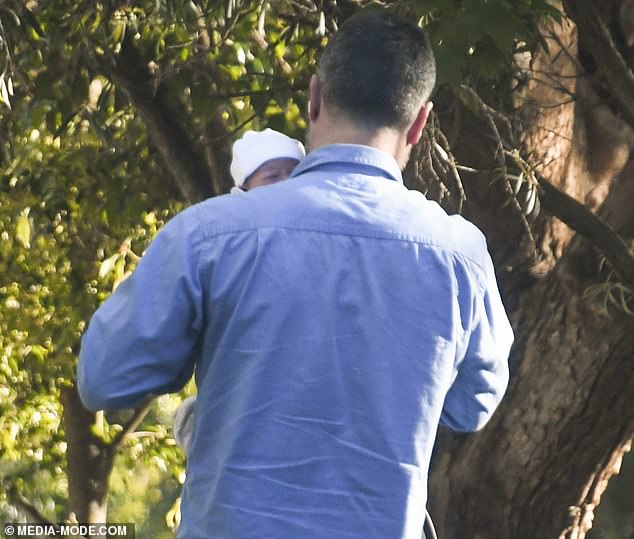 Look at that face! Josh gave a glimpse of the adorable newborn, who looked like she may have been crying while being held

In the episode that aired in August, Hannah was confronted by Captain Sandy Yawn for having Valium and a weed pen in her cabin after bosun Malia White told on her.

Malia had even taken a photo of the items that she allegedly found in the star’s purse.

Hannah defended herself as she live tweeted the show at the time: ‘So that’s prescribed Valium, CBD (which is legal in Spain), a lighter (not sure what this has to do with anything) and my passport holder… And for anyone who’s interested the prescription is on the other side of the box as shown.’

In another tweet, she said all of the items are fine to have, saying it was ‘prescribed medication and legal CBD.’

Glowing: Hannah was every inch the radiant new mother as she stepped out with the newborn