Candice Swanepoel was a model mom on Halloween this Saturday.

Candice went with a super understated costume, showing off her stunning legs in Daisy Dukes and painting her face like a skull. 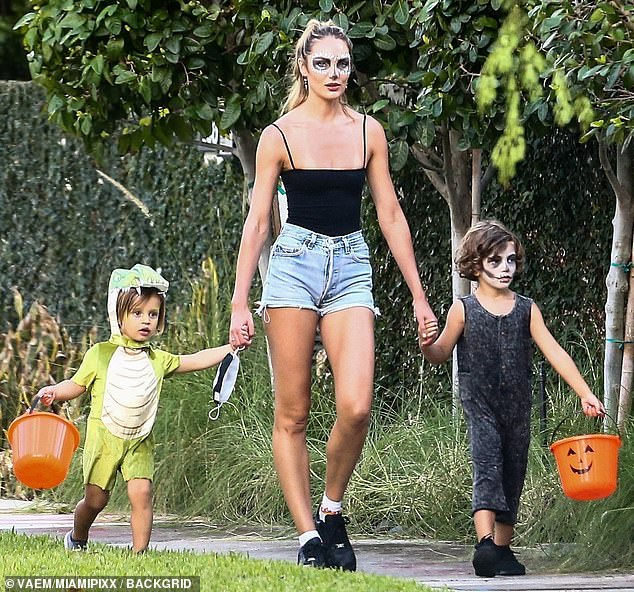 The South African stunner paired her short-shorts with a simple black tank top. Making sure she was prepared to walk, she donned sporty sneakers.

Candice held both boys hands while they strolled around.

Ariel was dressed in an adorable T-Rex costume while Anaca seemed to match mom in his own spooky makeup.

Ariel and Anaca’s father is 38-year-old Brazilian model Hermann Nicoli. Candice and Hermann were together for 13 years before splitting in November 2018. 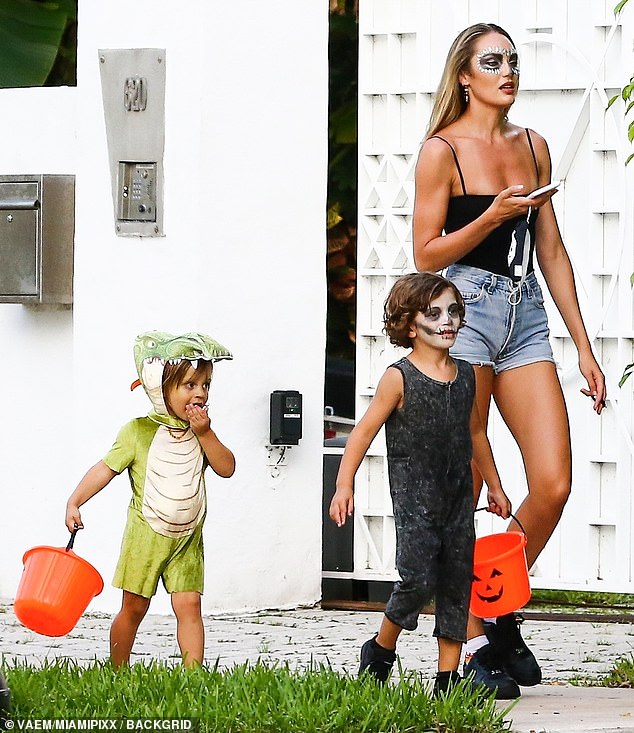 In summer 2019, the philanthropist confirmed she was single on social media after months of rumoured breakup.

The former couple first began dating in 2005 when she was 17 and he was 23, and they announced their engagement in August 2015.

Candice spoke to Daily Front Row this summer, giving a glimpse at her quarantine lifestyle with her boys.

She said: ‘I focused a lot on myself and my kids, and took a break from social media. 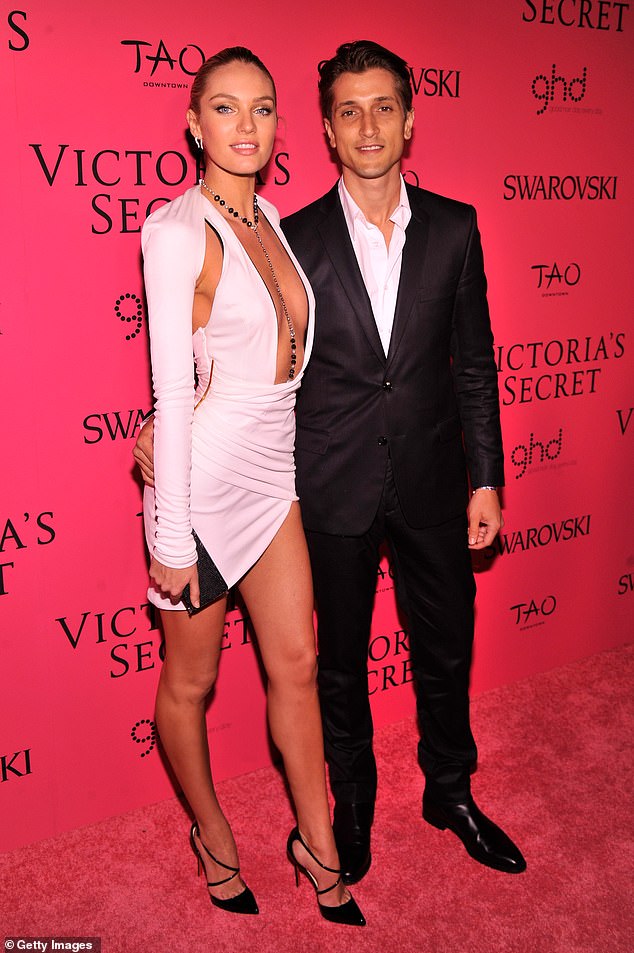 Mom and dad: Ariel and Anaca’s father is 38-year-old Brazilian model Hermann Nicoli, who Candice split from in November 2018 after 13 years together. They’re seen in 2013 above