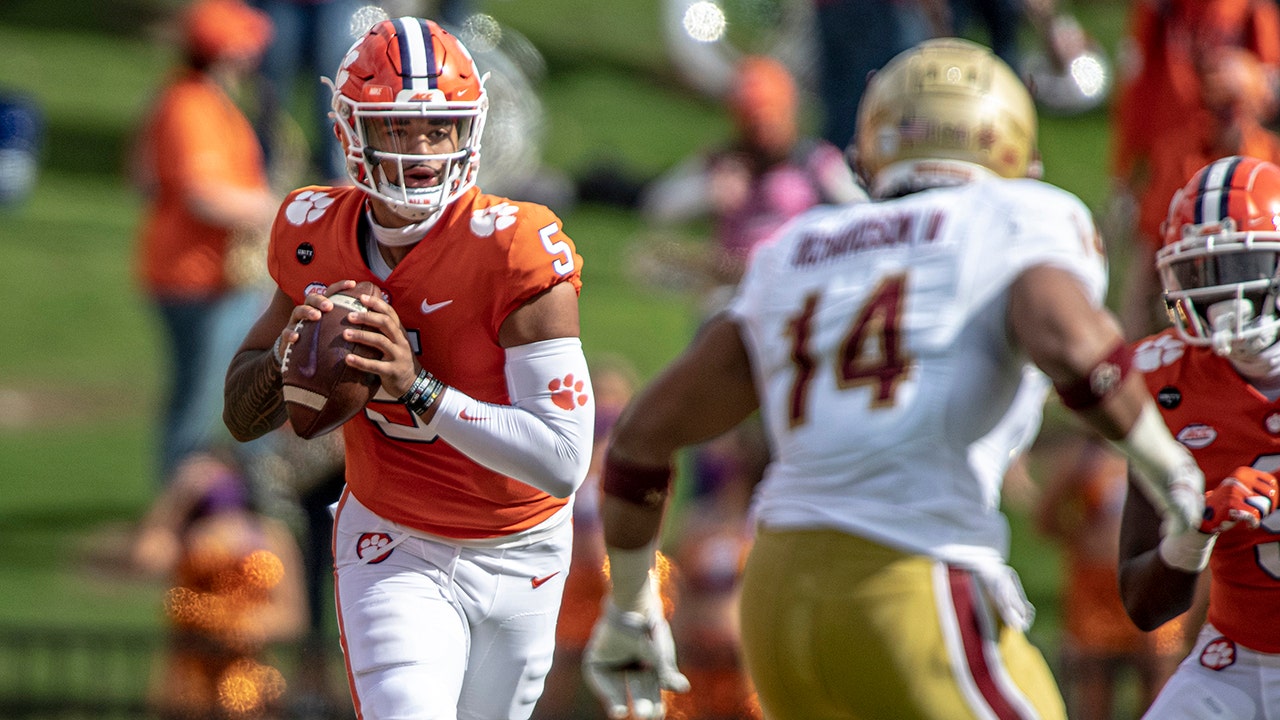 Clemson faced a tough challenge without Trevor Lawrence under center.

After being down 28-13 at halftime, the Tigers’ defense clamped down hard on Boston College and allowed the offense to get into a rhythm and eventually win the game.

The Tigers scored 21 points in the second half and won the game 34-28.

Freshman quarterback D.J. Uiagalelei was 30-for-41 in his first collegiate start. He had 342 passing yards and two touchdown passes – one to Travis Etienne and the other to Amari Rodgers.

Etienne finished with 84 rushing yards and a rushing touchdown and seven catches for 140 yards. He broke the all-time ACC rushing yards record as well with his performance. He surpassed Ted Brown’s mark of 4,602 rushing yards which was set in 1978.

The Clemson defense had a hard time making stops in the first half and Boston College had the ball bounce their way a few times.

Phil Jurkovec had two touchdown passes in the first half. One to Zay Flowers to start the game and the other to C.J. Lewis, who caught the ball on a deflection. In between both scores, Brandon Sebastian returned an Etienne fumble 97 yards for a touchdown.

Things were clicking for the Eagles, but the offense was put into a slump in the second half.

Clemson Coach Dabo Swinney was 1-11 when down double digits at halftime before Saturday.

Clemson remains undefeated with the win. The Tigers now have Notre Dame on the docket next week. Boston College will hit the road next week to play Syracuse.