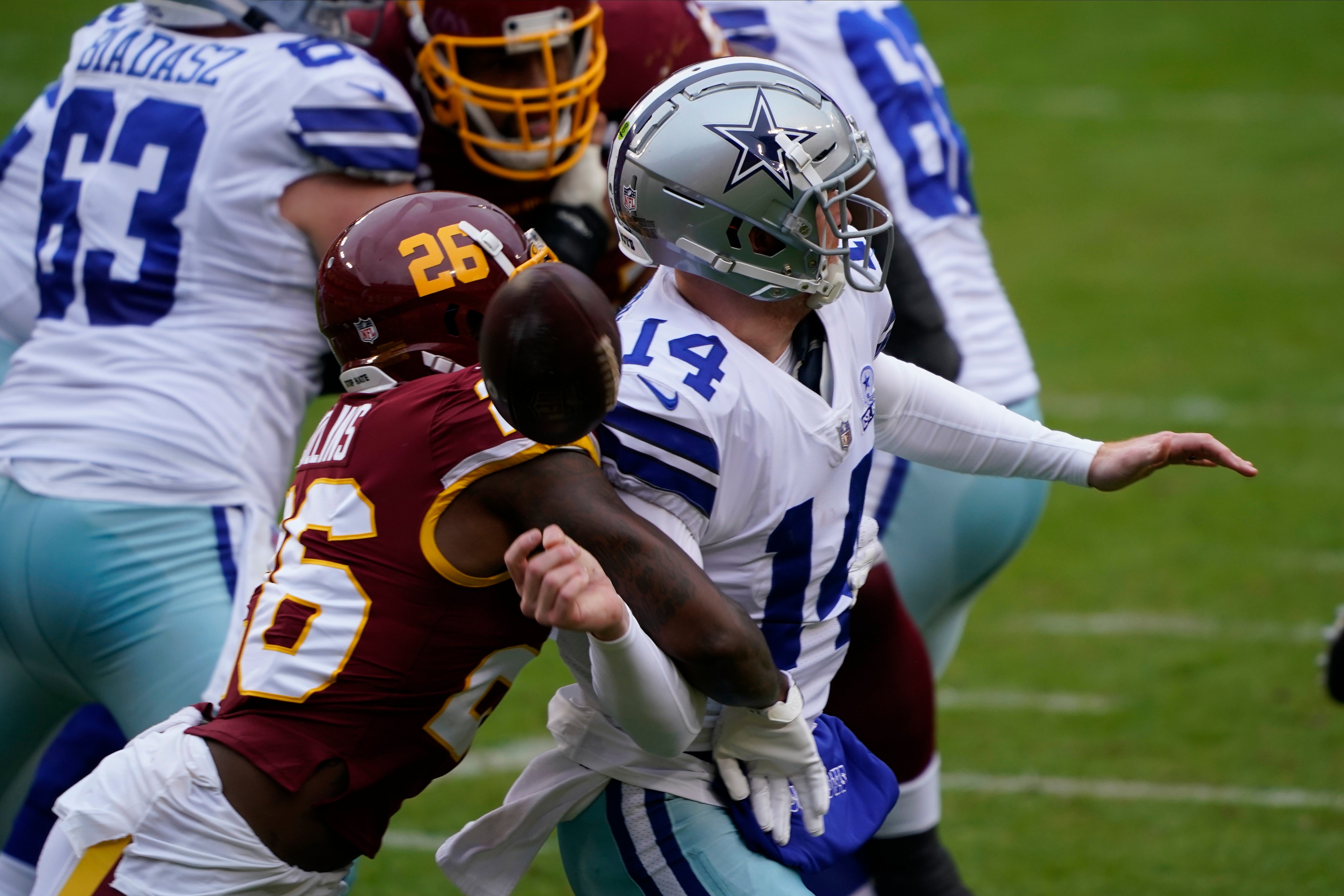 The Dallas Cowboys declared quarterback Andy Dalton out Saturday for their game in Philadelphia because of a concussion, clearing the way for rookie Ben DiNucci’s first start.

DiNucci will appear in prime time Sunday night against the Eagles (2-4-1) in his home state of Pennsylvania. The former Pitt quarterback finished his college career at James Madison, leading that school to the FCS championship game before getting drafted in the seventh round by Dallas.

It’s the third straight game for DiNucci to see action for the Cowboys (2-5). He took the final snaps late in a blowout loss to Arizona, which was Dalton’s first start in place of injured star Dak Prescott, and threw his first pass last week against Washington.

Dalton, a nine-year starter in Cincinnati before signing a one-year contract as Prescott’s backup, got a concussion in the third quarter against Washington on hit that led to linebacker Jon Bostic’s ejection.

Prescott was the last rookie to start at quarterback for Dallas four years ago. He replaced an injured Tony Romo during the preseason and was the NFL Offensive Rookie of the Year after leading the Cowboys to a franchise-record 11 straight wins. Romo didn’t get his job back after he recovered from a back injury and retired the next offseason.

DiNucci’s offensive line will be in better shape with All-Pro right guard Zack Martin returning after missing a game with a concussion. Joe Looney, who was the starting center when he injured a knee in Week 4, was activated from injured reserve. He was replaced by rookie Tyler Biadasz, who has drawn praise from coaches.

The Cowboys activated linebacker Sean Lee from injured reserve, setting up the veteran for his season debut. The 11th-year player has been out since the start of training camp because of a core muscle injury that required surgery.