Florida’s Dan Mullen explains Darth Vader costume, says it had nothing to do with Mizzou game

Florida’s Dan Mullen explains Darth Vader costume, says it had nothing to do with Mizzou game 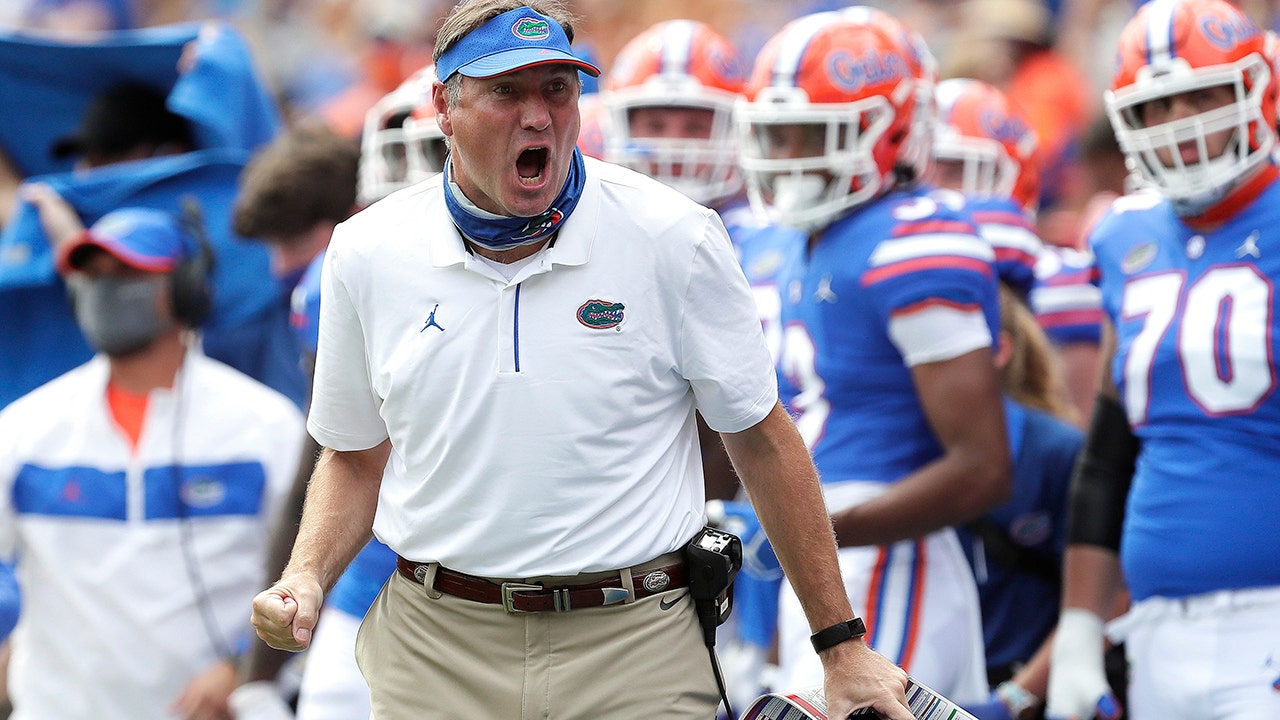 An unusual day for the Florida Gators got even stranger when head coach Dan Mullen gave his postgame press conference dressed as Darth Vader.

Confused onlookers tried to make the connection between Mullen’s choice of dress and the melee that took place at halftime, which saw three players ejected. But according to Mullen, it was a decision he made with regard to his family.

“I usually trick or treat. To be honest, one thing I will say this, it’s something we started a long time ago … I  read a book once and it was George Allen, I’m not sure, about never being around his family. It was written through the eyes of the family and the active  family,”  he said, according to WCJB.

“You’re never around on holidays. It’s something we did a long time ago at Mississippi  state was make sure coaches, especially those with  young kids, would either come in super late at night or  super early in the morning and you’d be able to take your kids trick or treating.”

He continued: “My daughter is nine. I think  she spent three out of the last four Christmases in a hotel. At nine years old — six, seven, eight and nine, we’re in a hotel room, I’m guessing. I know it’s been a couple. That’s hard.”

Critics say Mullen caused an even bigger scene earlier in the day when he was seen storming off the sideline toward the field, yelling at Missouri players after what he felt was a late hit on quarterback Kyle Trask.

Mullen could face further punishment if the conference finds him responsible for instigating the brawl but, as far as the coach is concerned, Saturday’s postgame look had nothing to do with the day’s events.

“This costume here, as you said, it’s suitable tonight,” Mullen said to media. “I didn’t pick this out after the game.”