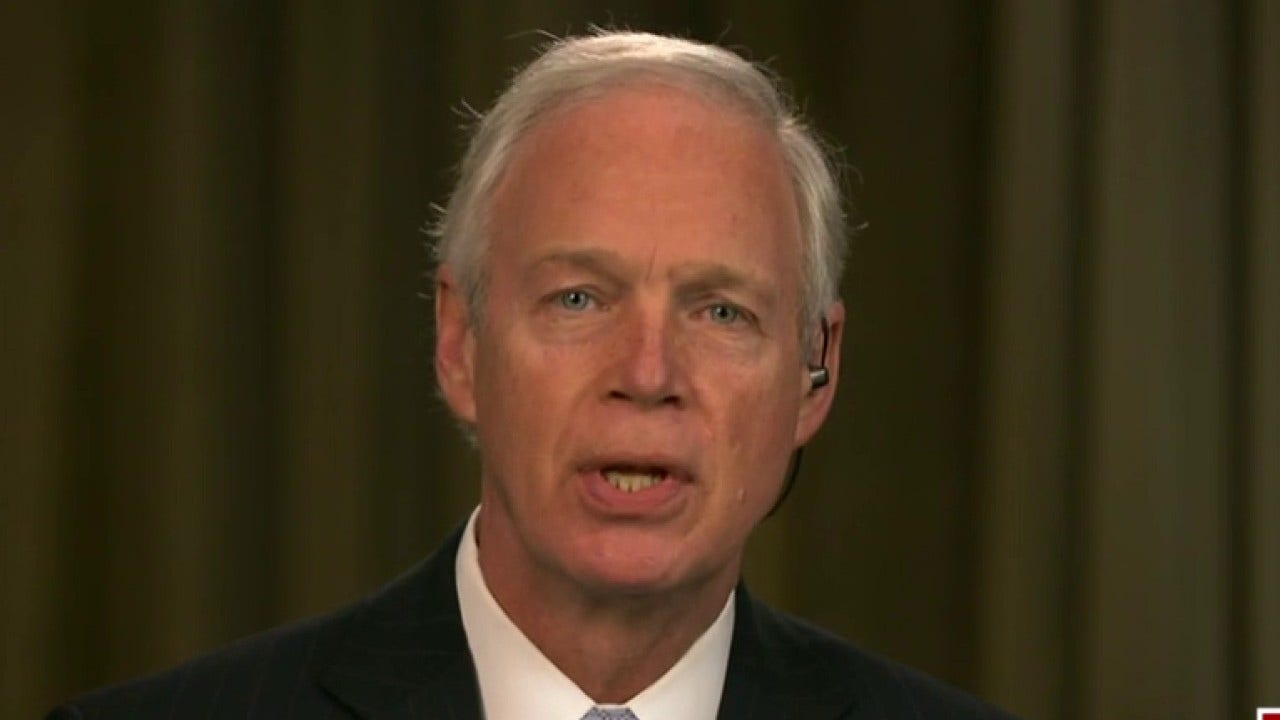 The allegations against Hunter Biden are likely the reason why former President Obama “did not encourage the vice president to run” for president, Senate Homeland Security Committee Chairman Ron Johnson, R-Wis., told “Sunday Morning Futures” in an exclusive interview.

Johnson said the situation is “a huge mess” that is “not going away, particularly if Vice President Biden becomes the president.”

Johnson reacted to a new development that a Justice Department official reportedly confirmed to Sinclair Broadcast Group that the FBI opened up a criminal investigation into Hunter Biden and his associates last year. The investigation reportedly is focused on allegations of money laundering and remains active, according to Sinclair.

The Senate Homeland Security and Governmental Affairs Committee is investigating the newly released emails that reveal that Hunter Biden introduced his father to a top executive at Ukrainian natural gas firm Burisma Holdings in 2015 at Hunter’s request.

Host Maria Bartiromo pointed out that Johnson has been “sending letters to the FBI” to try “to get as much information” as possible “in terms of what they know.”

Last month, Johnson called on FBI Director Christopher Wray to confirm or deny details regarding a laptop said to have belonged to Hunter Biden.

Johnson said in a letter to Wray obtained by Fox News that a whistleblower contacted his committee on Sept. 24, claiming to possess a laptop that Hunter Biden left at his business, and that he had turned it over to the FBI. Johnson noted that staff immediately asked the FBI to confirm certain details in order to validate the claim, but the bureau said they would not confirm or deny any of the information included in their request.

Two senior administration officials told Fox News a couple of days later that the FBI was in possession of the laptop purportedly belonging to Hunter Biden which contained emails revealing his foreign business dealings, including contacts in Ukraine and China.

“I take no joy in uncovering and revealing the truth about the Bidens,” Johnson said, adding that “those of us who are investigating this” are “doing it for a very serious purpose because this is a mess.”

He then said one of the questions he wants answered is why didn’t the FBI open an investigation into Hunter Biden earlier.

“Did they [the FBI] not look into Hunter Biden because of his last name?” he asked, noting that “it’s a serious question.”

“We probably have two systems of justice, one for Democrats and the well-connected and one for Republicans like President Trump and the rest of Americans,” Johnson added. “That’s one of the reasons that the American people are losing confidence in agencies like the FBI.”

Schweizer told Bartiromo on Sunday that the Hunter Biden situation is “a classic follow-the-money story that needs to be investigated.”

He went on to say that he thinks “there is no dispute he [Hunter Biden] was paid by entities, he did not have experience in these entities, Joe Biden had policy responsibility in the areas where these foreign entities were paying his family.”

“Those are alone enough to warrant serious investigation by the FBI and I’m very glad that Senator Johnson and Sen. [Chuck] Grassley took it up in the Senate,” Schweizer continued.

Johnson told Bartiromo that he believes there are three “scandals” taking place as it pertains to Hunter Biden, one of which are the allegations themselves.

Johnson said the third “scandal” tied to the Hunter Biden allegations is “the suppression by the Intelligence Committee and the deep state.”

He pointed to the dozens of former senior intelligence officials who have reportedly signed on to a letter outlining their belief that the recent divulgence of emails alleged to have been found on a laptop belonging to Hunter Biden show “classic earmarks” of a Russian disinformation operation, Politico reported.

Johnson referred to that letter signed by more than 50 former senior intelligence community officials as “a cover letter for Joe Biden.”

He went on to say that “the press and now the intelligence community and the deep state is in the tank for Joe Biden.”

Johnson said that all three entities knew the letter was “going to be used by Joe Biden
to say, ‘Oh, this is just Russian disinformation.’”

“This is not Russian disinformation,” Johnson continued. “This is important information the American voters need to hear and the deep state and the media is covering it up.”

He stressed that all three “scandals” have to be investigated as “they all represent an enormous threat to our democracy.”