Justin Haskins: Early voting – Is US headed for post-election chaos?

Justin Haskins: Early voting – Is US headed for post-election chaos? 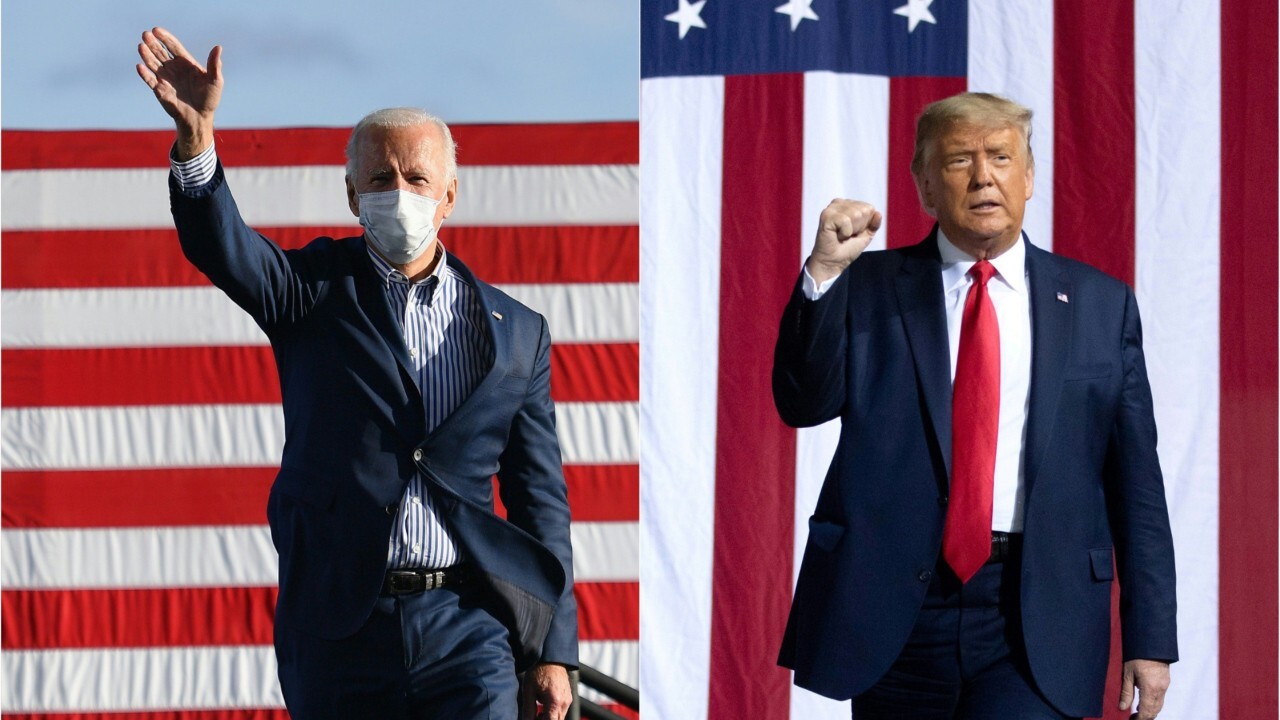 Although the 2020 election will almost certainly be remembered as one of the most consequential of the past half-century for its far-reaching impact on the country’s future, unless President Donald Trump or former Vice President Joe Biden wins in an Electoral College landslide, the race might be best remembered for its post-election chaos.

Never before has the country experienced an election like this one.

Spurred by fears of the coronavirus pandemic, early-voting records are being smashed across the United States. Some states, including Texas, are on pace to have hundreds of thousands, and perhaps millions, of additional ballots cast in 2020 than in 2016. And now, more than ever, voters are depending on mail-in ballots to cast their votes.

BRIAN ARBOUR: WHAT EARLY VOTING NUMBERS DO AND DO NOT MEAN

These conditions, mixed with the mass civil unrest that occurred throughout the summer and early fall, have created a potentially disastrous cocktail of circumstances that could lead to violence, widespread destruction of property and the undermining of Americans’ faith in the electoral process.

At the root of the problem is state governments’ newfound adoption of mail-in voting.

Prior to the coronavirus pandemic, only a handful of states allowed all registered voters to cast their ballots through the mail. But now, widespread mail-in voting is permitted in nearly every corner of the United States.

Only five states – Indiana, Louisiana, Mississippi, Tennessee and Texas – provide substantial limits on who can cast their ballots from home.

Despite claims to the contrary from supporters, mail-in balloting significantly increases the likelihood of voter fraud and lost or rejected ballots. One need not look far to find numerous examples of problems.

According to an Oct, 29 report by the Pittsburgh Post-Gazette, less than a week before Election Day, thousands of voters in Butler County, Pa., were still waiting to receive their mail-in ballots.

“Nearly 40,000 registered voters in the county requested mail ballots,” the Post-Gazette reported. “So far, only 24% of them have been returned to the county, by far the lowest rate among the state’s 67 counties. The county with the next-lowest return rate, Fayette, has received 50% of requested ballots.”

The possibility that tens of thousands of voters in Butler and Fayette Counties may not end up voting in the 2020 election due to incompetence is proof of the major impact mail-in balloting could have on the outcome of the 2020 race. Pennsylvania is one of the most important swing states in the presidential race, and more than 60 percent of voters in both Butler and Fayette Counties voted heavily in favor of President Trump in 2016.

Pennsylvania isn’t the only state already experiencing problems with mail-in balloting. On Thursday in Detroit, city officials announced 500 absentee ballots had been “spoiled” and won’t be counted. Voters with spoiled ballots will need to cast their ballots again if they want their vote to count in 2020.

In Billings, Mont., voters casting their ballots by mail have reported stolen ballots and instances of ballots being taken out of mailboxes and ripped to shreds by unknown fraudsters.

As crazy as it sounds, having more than 1 million ballots tossed could be a best-case scenario.

On Tuesday, two men in Miami, Fla., were arrested for stealing ballots.

In Missouri, 1,200 absentee ballots were lost in the mail.

In Wisconsin, three trays of mail, including absentee ballots, were discovered in a ditch near the Appleton International Airport.

Earlier in October, a postal worker in New Jersey was arrested for dumping 2,000 pieces of mail, including 100 ballots and more than 200 political flyers.

In Franklin County, Ohio, 50,000 voters received incorrect mail-in ballots. According to a report by the Associated Press, “Some ballots had an incorrect congressional race, while others had the correct information but were sent to voters in a different precinct.”

In September in New York City, more than 100,000 ballots were sent out to voters with incorrect names, addresses and other information printed on the return envelopes, causing widespread confusion.

Additionally, mail-in voting makes it easy for in-family voter fraud to occur, a problem that is virtually impossible to track and has received very little attention.

In many states, mail-in ballots only require basic information and a signature, all of which could easily be obtained by a close family member, who could then use an absentee ballot to illegally cast a vote for the candidate of his or her choosing – perhaps without the knowledge of the person whose vote was stolen.

These problems are just the beginning. Analysts are expecting a massive number of ballots to be thrown out by election officials because they were improperly filled out by voters or because signatures do not match those on record.

A report by NBC News notes that researchers studying absentee balloting estimate “1 percent to 2 percent of those votes – potentially more than 1 million – won’t count, which could make a difference in battleground states.”

As crazy as it sounds, having more than 1 million ballots tossed could be a best-case scenario.

During the 2020 primaries in New York City, more than one in five ballots sent by mail were rejected by election officials.

During North Carolina’s primaries, 9 percent of mail-in ballots were rejected, and state officials say they are hoping only 3 percent are rejected in the general election, a number that could be large enough to swing numerous state and federal races, depending on how many voters in the state choose to vote by mail.

It is entirely possible that given the high voter turnout and exceptionally high number of voters choosing to vote by mail, a few million ballots could end up being rejected nationwide.

These problems, coupled with concerns over more traditional forms of voter fraud, will likely be used by losing candidates at the local, state and federal levels, along with their supporters, as proof that the election was “stolen,” “fraudulent” or otherwise invalid, causing widespread distrust about the validity of the results.

And if the number of ballots thrown out surpasses the margin of victory in a given race – a scenario that is likely to occur in at least several high-profile elections – who could blame the losing candidate for questioning the outcome?

The United States is on an incredibly dangerous road. If a significant number of important races – especially the presidential election – are considered invalid by a large proportion of the electorate, it’s hard to imagine a post-election scenario that would allow the country to move forward on firm ground for years to come.

A free society will not last for long if the citizens of that nation stop believing in the validity of their elections.

The worst part is that all of this was avoidable. There were plenty of alternatives to mail-in balloting that would have allowed most people to vote safely in person in the midst of the coronavirus pandemic.

But, unfortunately, that ship has sailed. All Americans can do now is hope for as few close races as possible – and to learn from the mistakes made by the politicians who created these absurd voting policies prior to this year’s election.