She is a keen advocate of body positivity and female empowerment on her social media.

And Malin Andersson radiated body confidence in a Halloween-themed snap posted to Instagram on Saturday.

The Love Island star, 26, celebrated her c-section scar as she posed in a black lacy lingerie one-piece while staying at Clarence House in Berkshire. 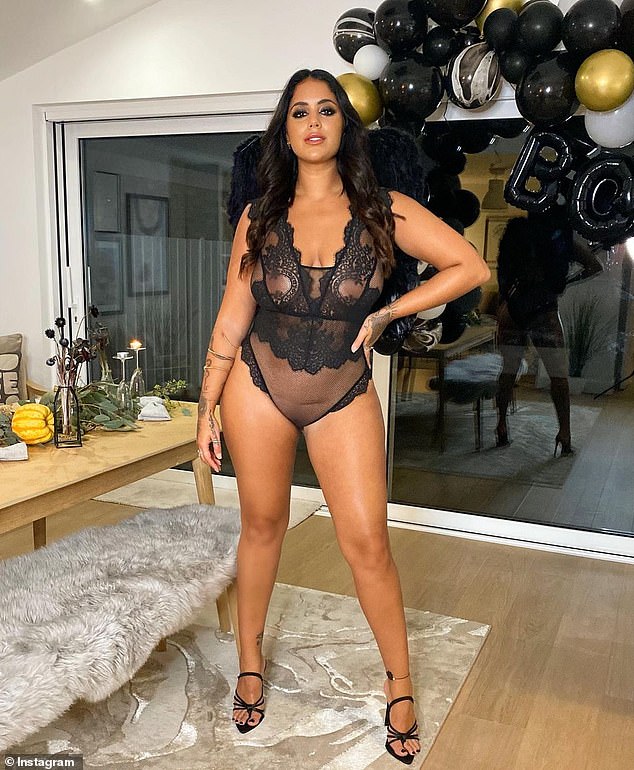 Confidence: Malin Andersson radiated body positivity as she celebrated her c-section scar in a black lacy lingerie one-piece while staying at Clarence House in Berkshire

She wore her scar with pride while showcasing her hourglass physique in her racy angel Halloween outfit.

Malin flaunted her toned pegs with a pair of understated strappy black heels as she continued on her body positivity crusade.

Alongside the snap, she wrote: ‘HAPPY HALLOWEEN!

‘Obviously I’m dressed as an angel, but how cute is my c-section scar please. It travels everywhere with me.’ 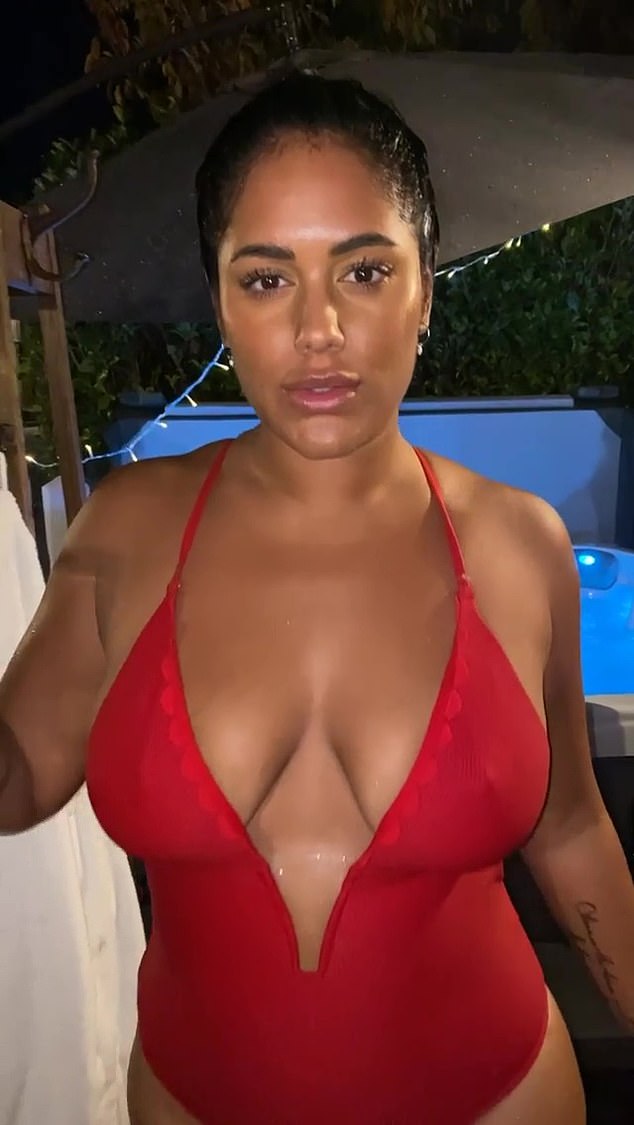 Empowerment: The Love Island star, 26, uses her Instagram to promote body positivity and share how she has taken control of her life following an incredibly tough time

Malin’s fans were quick to throw their support behind her inspiring post, saying that they ‘love’ to see the star wearing her c-section scar with ‘pride’.

The TV personality frequently uses her Instagram to promote body positivity and female empowerment, as well as sharing how she has taken control of her life following an incredibly tough time.

Malin has recently spoken out about the physical abuse she endured at the hands of her ex-boyfriend Tom Kemp.

She is convinced that the abuse contributed towards the tragic death of her one-month-old daughter Consy, who was born seven weeks premature in December 2018. 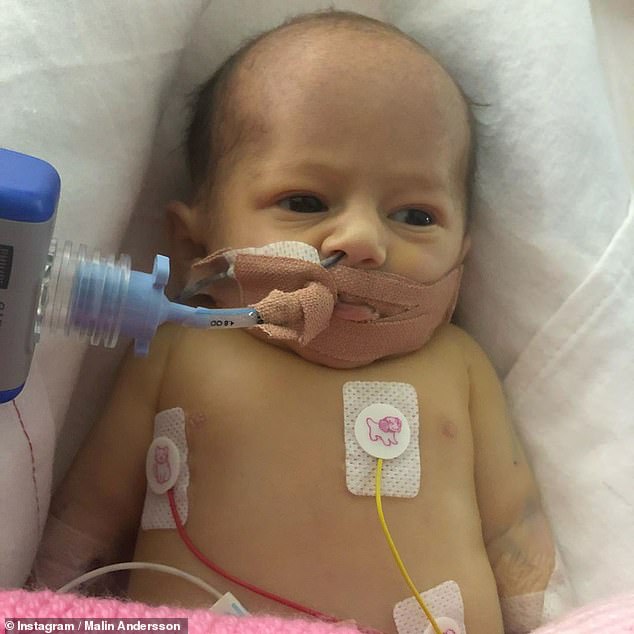 Tragic: Her daughter Consy was born seven weeks premature in December 2018 and was treated at London’s Great Ormond Street hospital, but sadly passed away on 22 January 2019

The former Love Islander revealed that Tom, 29, ‘slapped and punched’ her while she was six months pregnant, which she believes impacted her child’s health.

Malin had to undergo an emergency cesarean as her daughter suffered from an irregular heartbeat and reduced movement.

Consy was treated in intensive care at London’s Great Ormond Street Hospital but sadly passed away at just four weeks old in January 2019.

Speaking about the abuse, Malin told The Sun: ‘When Tom threw me about, I’d tense my stomach so much, I could feel her pausing inside me. The doctors didn’t understand what happened to her, but I know in my heart.

Malin wrestles with PTSD after the abusive relationship left her mental health and self-esteem in tatters.

She said that while Kemp has shown no remorse, she envisions herself forgiving him when she meditates, adding that she feels sorry for him and hopes that he gets help.

Tom was jailed by a Aylesbury Crown Court judge for 10 months in September after he admitted to assaulting Malin. 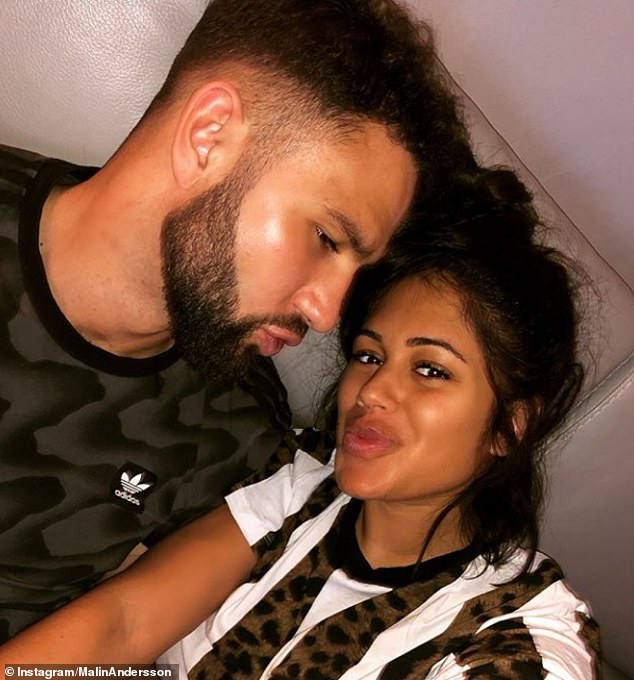 Horrifying: Malin endured physical abuse at the hands of her ex-boyfriend Tom Kemp (both pictured in February 2019), which she believes impacted her daughter’s health