And Sophie Rundle, 32, who has made more prime-time terrestrial TV appearances than anyone else in the last two years, is happy to stay under the radar saying she would rather potter in her garden than dazzle on the red carpet.

Sophie, best known for playing Ada Thorne in the crime drama Peaky Blinders, appeared on screens in four separate smash hits in 2019 and 2020.

From steamy sex scenes with Suranne Jones in Gentleman Jack to a leading role in psychological thriller The Nest, she has come to dominate the listings, appearing in a leading role for 20 hours. 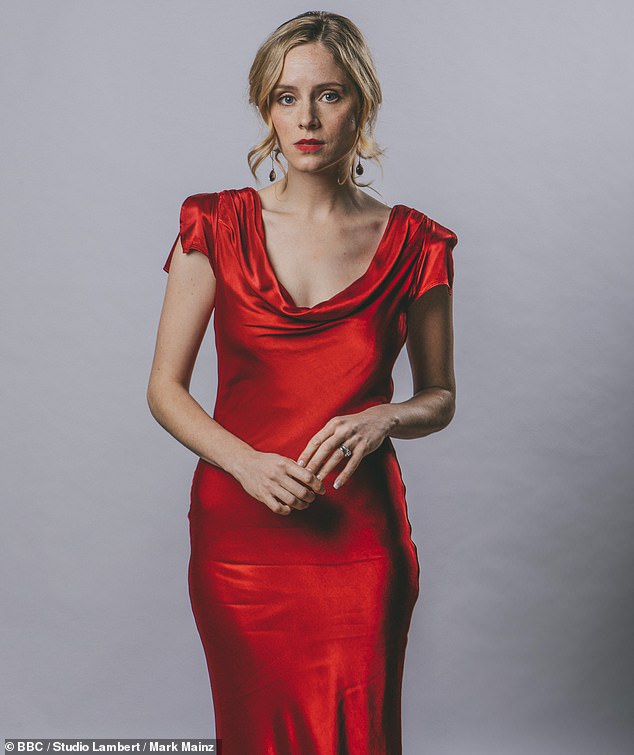 Sophie, best known for playing Ada Thorne in the crime drama Peaky Blinders, appeared on screens in four separate smash hits in 2019 and 2020

Her performance opposite Glenda Jackson in the BAFTA-winning Elizabeth Is Missing secured her top spot, according to an analysis by The Mail on Sunday of actresses who have appeared in more than one drama. Only Keeley Hawes, whose gravitas has made her the go-to actress for complex female roles, has come close.

Ms Rundle first enjoyed success with appearances in Happy Valley and The Bletchley Circle before playing the estranged wife of Richard Madden’s leading character David Budd in the 2018 hit Bodyguard.

She met her fiance Matt Stokoe on the set of Sky costume drama Jamestown and the pair acted together in Bodyguard where he played crime boss Luke Aikens. 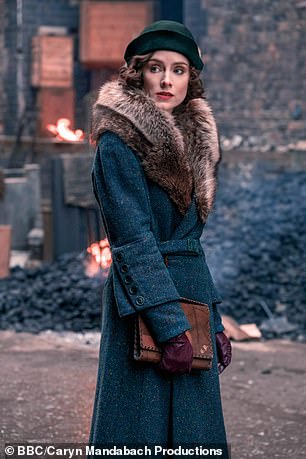 Sophie is pictured as Ada in Peaky Blinders

‘I didn’t get into acting because I thought I was impossibly good- looking, I was just a kid who loved telling stories.

‘Some actors lead these rock-star-style lives. I like gardening and putting Ikea furniture together.’

Ms Hawes, 44, is in second place, racking up 17 hours of screen-time in the past two years in Traitors, The Durrells and Cold War series Summer of Rockets.

In third place is Helen McCrory, 52, who is also best known for a role in Peaky Blinders, and totted up 14 hours thanks to her performance alongside Hollywood star Richard Gere in BBC drama MotherFatherSon.

Our analysis involved counting the number of times each actress appeared as a main star or co-star in more than one prime-time terrestrial TV drama and the duration of those programmes.

It comes after actress and singer Billie Piper criticised the TV casting decisions. The 38-year-old, most recently in the Sky drama I Hate Suzie, said: ‘I found it hard . . . to just be an actress for hire who wasn’t considered for certain parts because I wasn’t in the group of the five actresses that get cast for absolutely everything in this country. That p****d me off.’

Eleanor Tomlinson, whose hits include Poldark, Sarah Lancashire (The Accident) Holliday Grainger (The Capture) and Vicky McClure (Line of Duty) rounded off the list of the UK’s most in-demand small-screen actresses.