As one of Australia’s leading models, Megan Gale would no doubt have many beauty tricks up her sleeve.

The 45-year-old was nothing short of professional in an Instagram video on Saturday, as she gave fans a behind-the-scenes look at her Halloween DIY makeup.

Megan transformed into Disney’s Maleficent, later sharing a photo with son River, six, and daughter Rosie, two, who dressed as a ‘little ghost and a voodoo man’. 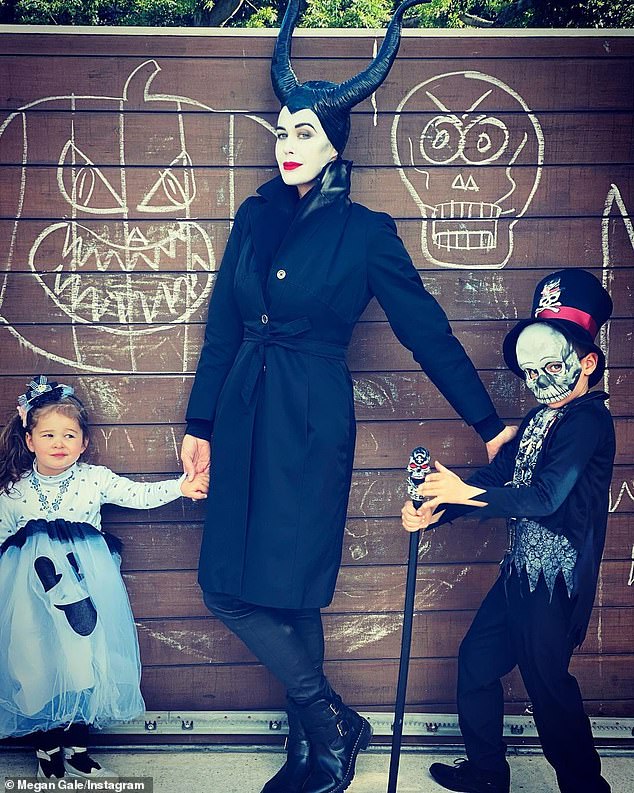 In the fast motion video, taken inside her Melbourne home, Megan began by showing off her fresh-faced complexion.

She then applied a white face paint to her entire face with a sponge, before filling in her brows with a dark shadow.

Megan added contrast in the form of a smoky eye and lashings of mascara, topped off with a generous slick of bold red lipstick. 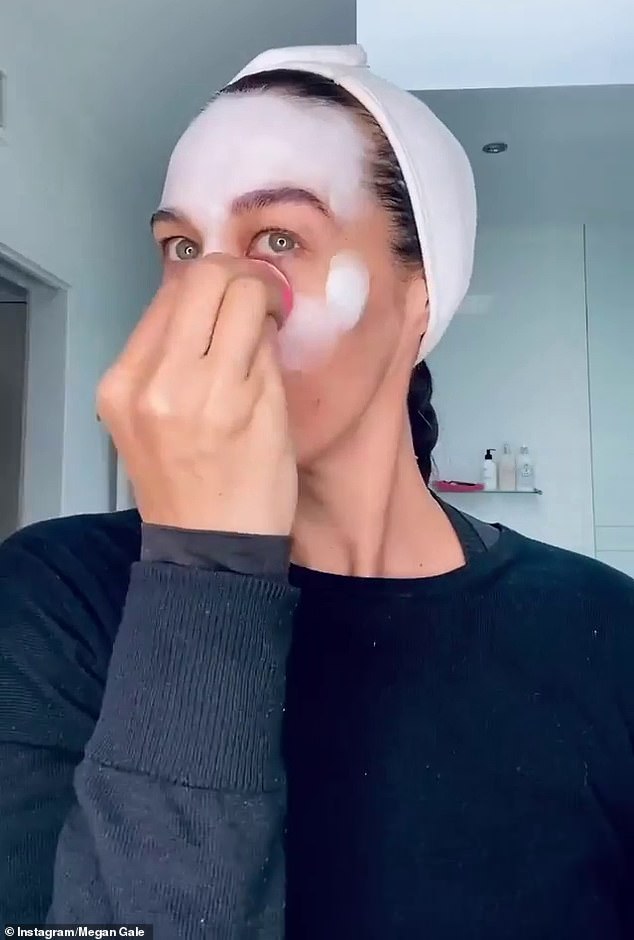 Captured: The model gave fans a behind-the-scenes look at her DIY makeup in an Instagram video on Saturday. Megan began by applying white face paint to her entire face with a sponge 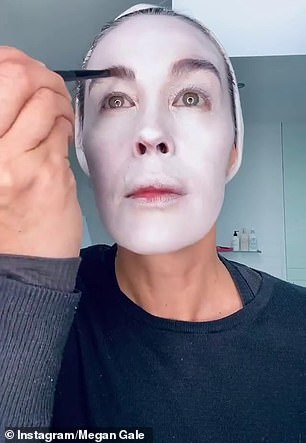 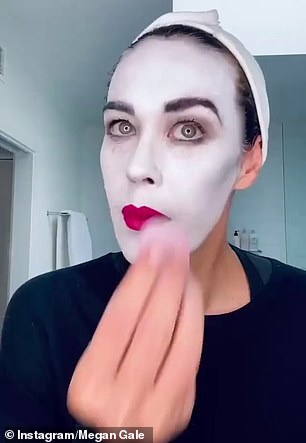 Transformation: Megan filled in her brows (left), and added contrast in the form of a smoky eye and defined cheekbones. She finished off the look with a bold red lipstick (right)

The mother-of-two changed into her character Maleficent’s signature black dress code, and slicked her brunette locks underneath Maleficent’s ‘hair horns’.

The former TV presenter later shared a photo of herself in character, alongside her children, to Instagram. 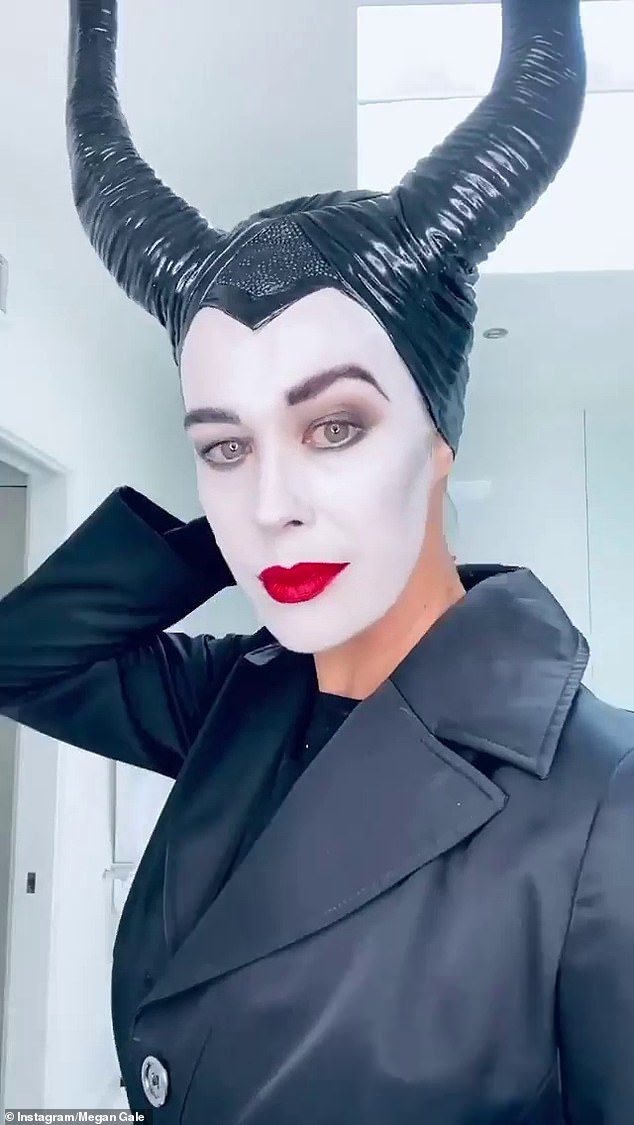 Nailed it! The mother-of-two changed into her character Maleficent’s signature black dress code, and slicked her brunette locks underneath Maleficent’s ‘hair horns’

Little Rosie looked cute as a button in a blue tulle dress, with a ghost face on the front, while River wore a black shirt, trousers, a spooky face mask and top hat.

‘Last night with my little ghost and voodoo man,’ Megan captioned the post. 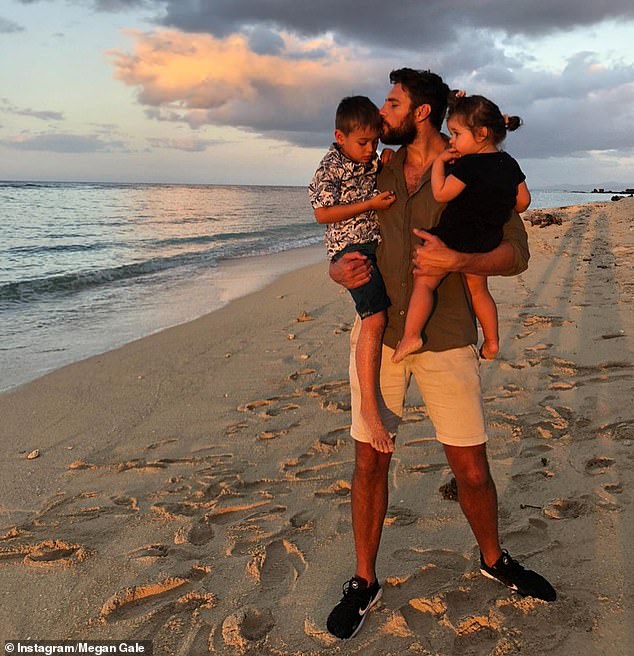 Her other half: Megan shares her children with AFL star fiancé Shaun Hampson (pictured), 32

The couple met in 2011, and begun a long-distance relationship with Megan based in Sydney at the time, and Shaun in Melbourne.

‘We’d start Skyping around 8pm, then look at the clock and it would be 4am,’ she told The Australian Women’s Weekly last year.

‘It was that giddy, high school thing where you could sleep for two hours then wake up and feel refreshed and energised. You’re glowing and bolstered by this new connection.’ 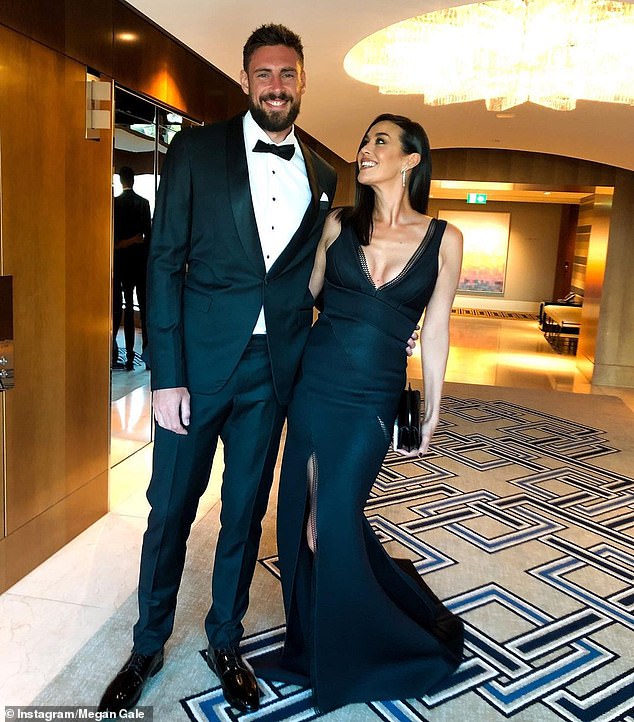