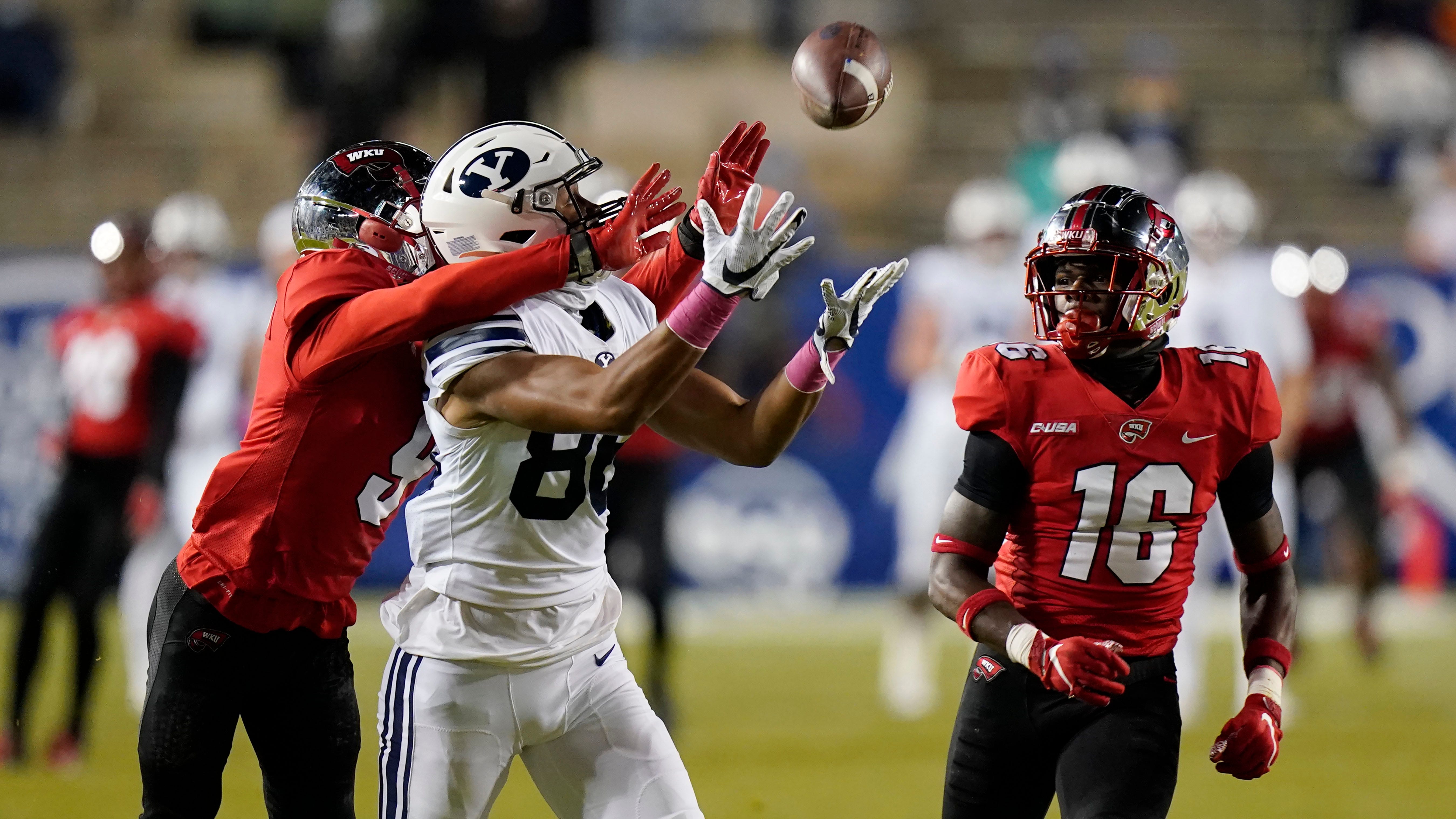 BYU extended its perfect season with more big plays against an overmatched opponent.

Zach Wilson threw for 224 yards and three touchdowns and ran for 35 yards and another score to help the No. 11 Cougars rout Western Kentucky 41-10 on Saturday night.

Tyler Allgeier ran for 95 yards and a touchdown for BYU.

At 7-0 heading into a showdown at No. 25 Boise State on Friday night, BYU is off to its best start since 2001 when the Cougars won their first 12 games in Gary Crowton’s debut season. They have totaled at least 400 yards on offense in each of their seven games and are averaging 527.7 yards.

“Huge for us to finish those drives,” Wilson said. “The way we started, the energy, was important for us.”

Tyrell Pigrome threw for 106 yards and a touchdown for the Hilltoppers (2-5). Gaej Walker added 75 yards on the ground. Western Kentucky has not scored more than 14 points in each of its last four games.

“There were a lot of good things I saw out there tonight from an offensive standpoint as far as moving the ball,” Hilltoppers coach Tyson Helton said. “We just need to get into the end zone.”

BYU scored touchdowns on all five of its first-half drives. The Cougars repeatedly gashed Western Kentucky on one big play after another in the half.

Dax Milne’s diving one-hand catch for a 38-yard gain set up a 2-yard touchdown run from Allgeier that capped BYU’s opening drive. Then, Allgeier galloped 32 yards down the sideline to set up a 23-yard pass from Wilson to Milne one play later that made it 14-3.

Isaiah Kaufusi forced and recovered a fumble from Walker at the Western 39 in the waning seconds of the first quarter to set up BYU’s third touchdown on a 5-yard run from Wilson.

The Cougars went up 28-3 midway through the second quarter when Lopini Katoa took a screen pass and raced 42 yards untouched. Wilson got BYU’s fifth touchdown with a 4-yard pass to Isaac Rex with 16 seconds left, extending the lead to 35-3.

“I liked how our guys established an identity right from the beginning,” Cougars coach Kalani Sitake said. “Offensively, we were on fire and got lots of points on the board to help us get the win.”

Western Kentucky did not score its lone touchdown until late in the third quarter. Dionte Ruffin intercepted a pass from Wilson and returned it 28 yards, setting up a 3-yard catch by Joshua Simon that made it 35-10.

Western Kentucky: The Hilltoppers ended up being the latest team to find no answer for stopping Wilson and the BYU offense. The Cougars rolled up 312 yards and 18 first downs in the first half alone, averaging 7.1 yards per play over that stretch.

BYU: The Cougars were ruthlessly efficient on offense throughout the first half and clamped down on defense to keep Western Kentucky from ever seriously threatening. They allowed the Hilltoppers to gain only 100 yards and six first downs before halftime.

The Hilltoppers opened the third quarter with a 20-play drive that 86 yards and took 10:06 off the clock. Western Kentucky came up a yard short of the end zone though and turned it over on downs. BYU stopped the Hilltoppers for no gain on three runs and forced an incomplete pass after Pigmore ran 23 yards to set his team up with 1st-and-goal at 1.

“We took it as a challenge,” Kaufusi said. “We looked it right in the eyes, right in the face and we just stepped up. Guys were making plays all over the field. That was just fun. Probably the highlight to me of the game was those four downs there at the goal line.”

“You get out of position, lose your technique, and the next thing you know you grab a guy,” Helton said. “I felt like the kids played hard all night. We just played a good football team.”

Another blowout victory might be enough to move BYU into the Top 10.