Odell Beckham Jr. may have played his last game with the Browns, NFL insider says

Odell Beckham Jr. may have played his last game with the Browns, NFL insider says 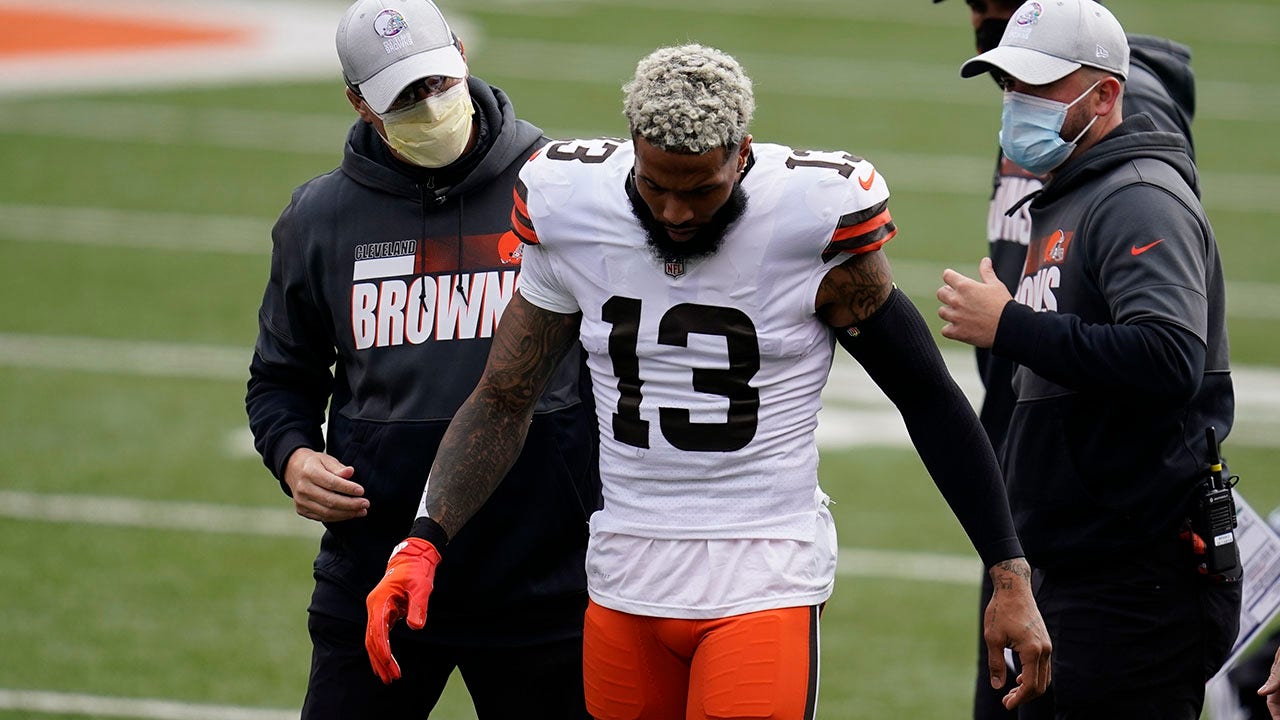 The last image of Odell Beckham Jr. in a Cleveland Browns jersey could be him walking off the field with a torn ACL, ending his season early for the second time in his career.

The NFL Network reported Sunday there was a “very real possibility” Beckham played his final game with the Browns. The report noted that the Browns cannot cut him because Beckham is owed $12 million in guaranteed money and if they wanted to trade him it wouldn’t be until 2021.

ODELL BECKHAM JR. PROMISES TO ‘BE BACK SOON’ AFTER SEASON-ENDING KNEE INJURY

“Beckham never fully embraced Cleveland. He’s never had a good rapport with Baker Mayfield and as we saw last week they may be playing better without him,” NFL Network’s Ian Rapoport said.

The Browns came back to beat the Cincinnati Bengals last week behind a strong performance from Mayfield. He started the first quarter putrid but was able to only throw one incompletion in the final three quarters of the game, ending it with a touchdown pass to Donovan Peoples-Jones.

Mayfield disagreed with the notion that the Browns are better without Beckham.

BROWNS’ ODELL BECKHAM JR. LIKELY OUT FOR THE SEASON WITH TORN ACL

“One, I think it’s just completely insensitive to a guy who just tore his ACL,” Mayfield said of the idea that the team is better without the star wide receiver. “So I’m not even going to comment on it. You never want to lose guys. That’s where I’m going to leave that one.”

Browns coach Kevin Stefanski added: “I do reject that. Odell is a great, great player. We’re going to miss him. I feel sick, still, without him in the building. But our offense is based on 11 guys and the quarterback going through his reads, and it was like that with No. 13 in there and it will be like that without No. 13 in there.”

The Browns are battling to stay afloat in the AFC North. The team hosts the Las Vegas Raiders on Sunday.