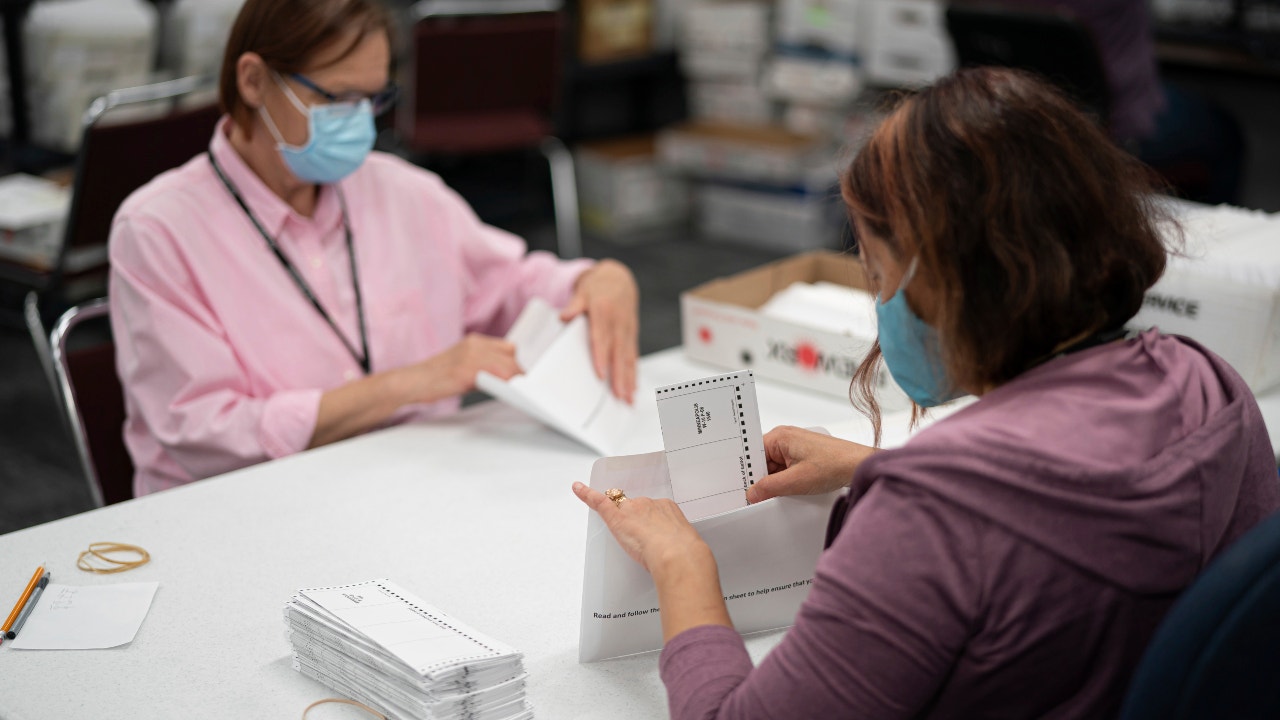 The eyes of the nation may be on Pennsylvania this Election Day, but they may have to remain there for the rest of the week as the key swing state finishes tallying its votes.

Pennsylvania Secretary of State Kathy Boockvar told NBC’s “Meet the Press” Sunday that 10 times as many people have already voted by mail during the 2020 election compared to 2016. In some counties, those ballots will not begin to be counted until Wednesday morning.

“So yes, it will take longer,” Boockvar said. She noted that final vote tallies are never in hand on Election Day because military ballots are not submitted until up to a week later, but she recognized that the regular absentee and in-person ballots will take longer than usual.

“I expect the overwhelming majority of ballots in Pennsylvania, that’s mail-in absentee ballots, as well as in-person ballots, will be counted within a matter of days,” she said, adding that counties plan to have people counting “24/7 until it’s done.”

While the vote counts may be known in a few days time, that does not necessarily mean the same for the election result. Boockvar confirmed that ballots received in the three days after Election Day will be counted but then segregated and set aside, as litigation continues over the Pennsylvania State Supreme Court’s decision to allow ballots to be received during those three days if they are postmarked by Election Day. That ruling also allowed ballots to be counted if they do not have a clear Election Day postmark as long as there is no evidence that they were sent later.

The Supreme Court had denied a request to block that decision as the case continues, and Pennsylvania Republicans filed a petition for the Supreme Court to hear the case on the merits. Liberal and conservative justices agreed that there was no time to do this before the election.

Minnesota also plans to set aside ballots received after Election Day, following a challenge from Republican electors to an agreement that had allowed ballots to be accepted up to a week after the Nov. 3 election.