They have only been dating a few months but Rebel Wilson, 40, and Jacob Busch, 29, are already ticking off the big holidays together.

The pair took to Instagram on Sunday to flaunt their first-ever Halloween as girlfriend and boyfriend. 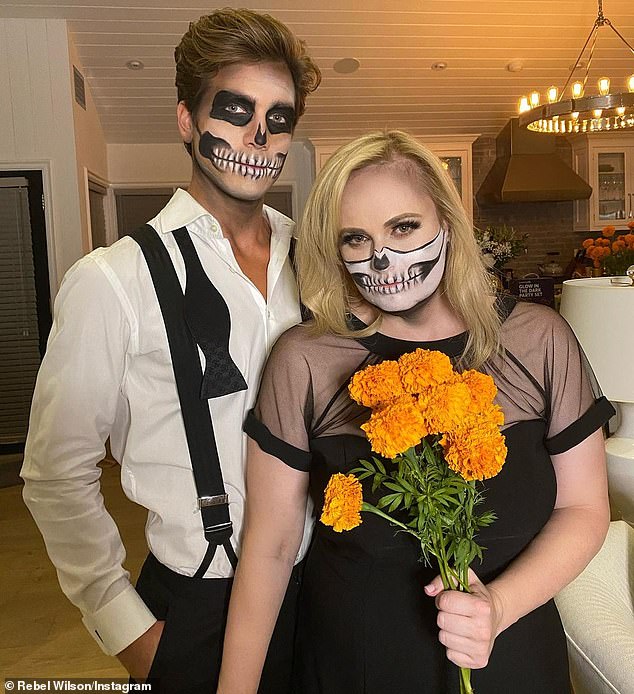 Rebel can be seen holding a bouquet of orange marigolds while staring sensually into the camera.

Jacob, on the other hand, is spotted confidently standing behind the blonde bombshell with his hand in his pocket while his shirt and bow tie are loose.

‘If you have it, haunt it!!’ Jacob captioned the same picture uploaded to his Instagram.

Another picture showing the couple’s outfits was shared to Rebel’s Instagram Stories. 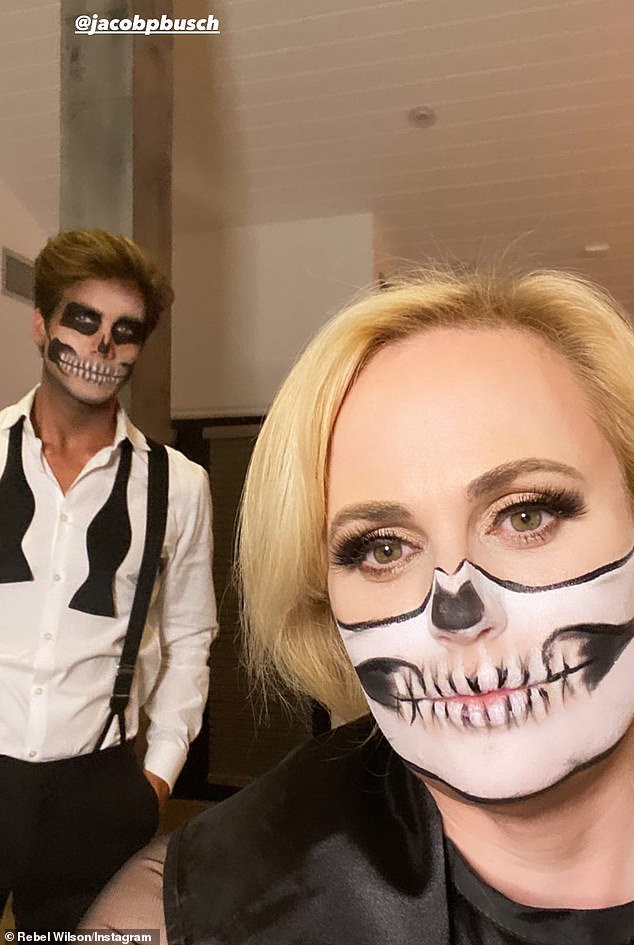 ‘If you have it, haunt it!!’ Jacob captioned the same photo on Instagram Stories (pictured)

Rebel and Jacob met through friends in 2019 and started dating in September.

They were involved on a casual basis prior to this but their relationship took a serious turn when Rebel returned to the United States.

Rebel and Jacob have since been actively seen together on each other’s social media. 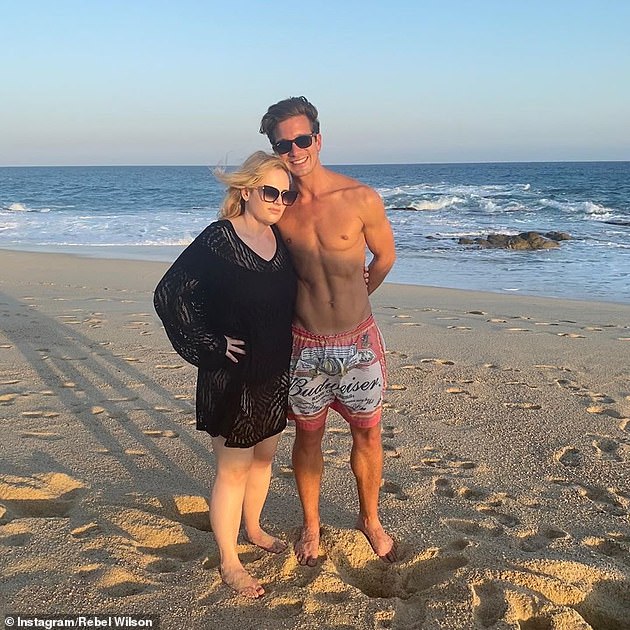 New love: The pair met through friends in Australia in 2019 and started dating in September

They have regularly attended events as a couple, including British TV presenter Carly Steel’s wedding to Jacob Andreou and Prince Albert’s Monte-Carlo Gala for Planetary Health in Monaco.

Showing off their matching outfits on Sunday follows Rebel flaunting her new physique as she attended a Halloween party in Los Angeles with her new beau.

Dressing up as a ‘coronavirus killer’, the slimmed-down star wore a skimpy black leotard which featured a midriff cut-out and silver material across the bust.

Ready for battle! Rebel paired the outfit with a black cape as well as metallic purple ankle boots. She finished her look with a strap elastic around her thigh

Rebel paired the outfit with a black cape and metallic purple ankle boots.

She finished her look with a strap elastic around her thigh, and armed herself with a small toy sword and nunchucks.

‘Just call me: RONA (Warrior Princess) … destroying ‘rona wherever I go,’ Rebel captioned an Instagram video of herself flipping the toy nunchucks around – a clear reference to the hit TV show Xena: Warrior Princess. 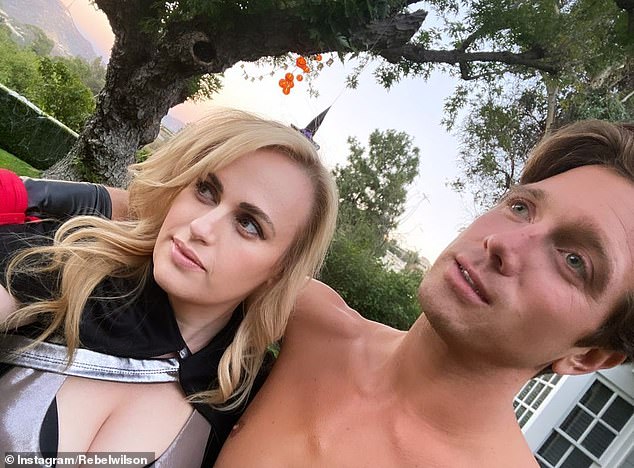 Cute: Rebel was joined at the LA Halloween shindig by her billionaire heir boyfriend Jacob Busch, who appeared shirtless in a cute couple selfie (pictured)