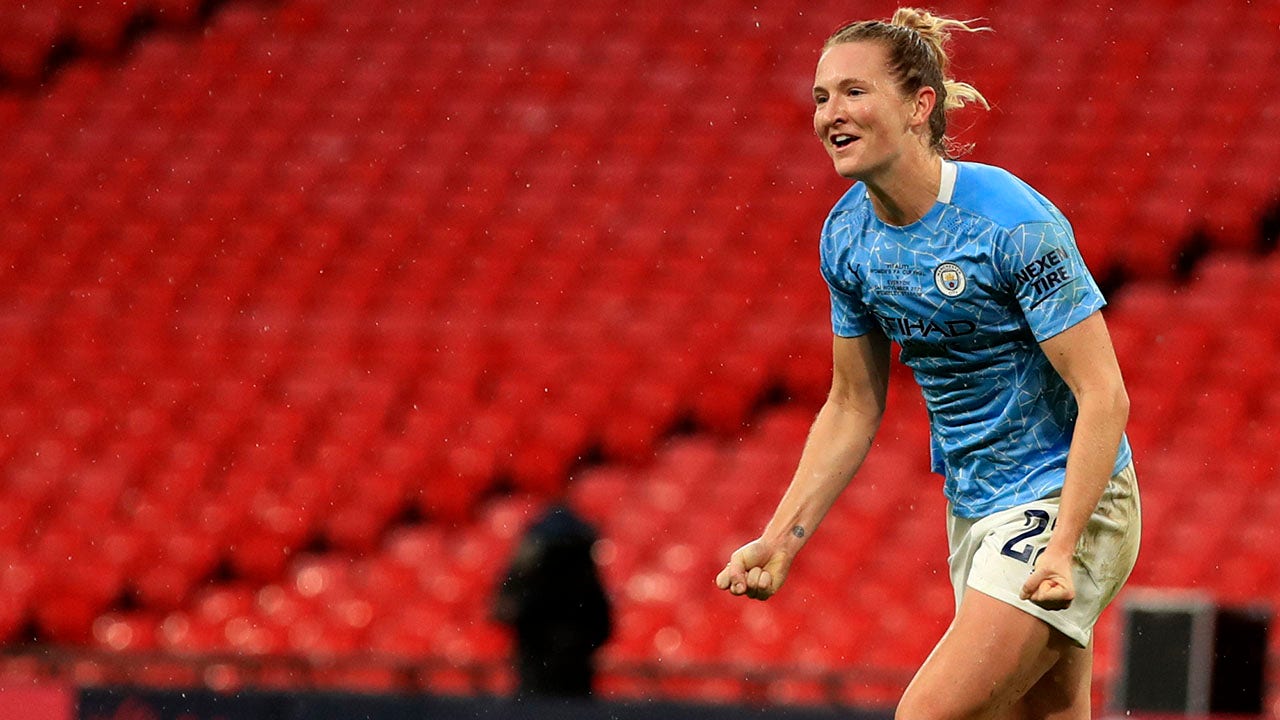 Mewis, whose goal in the semifinal secured the trip to Wembley Stadium, headed in the opener in the 40th minute of the 50th Women’s FA Cup final.

After City was unable to convert its control into goals, Valérie Gauvin nodded Everton level on the hour. A chance to win the game in regulation time wasn’t taken by Mewis when the August recruit fired over with a couple of minutes to go.

Everton goalkeeper Sandy MacIver thwarted City’s pursuit of a winner before Georgia Stanway found a way past her at the near post in the 111th minute.

And with the final touch of the game, Canadian forward Janine Beckie wrapped up the victory with a low finish after being set up by Stanway.

It sealed City’s third Women’s FA Cup triumph in four seasons — a winning streak that began with Lloyd netting in the 2017 victory over Birmingham.

It was a double American triumph under the Wembley arch with Rose Lavelle also picking up the trophy after a successful introduction to English soccer.

Mewis wasn’t the first American to score in a pandemic-delayed FA Cup final at Wembley in 2020. Christian Pulisic also netted for Chelsea’s men but his side ended up losing to Arsenal.