He’s reportedly a fitness enthusiast who likes to get in a workout on a daily basis.

And on Saturday, Shia LaBeouf was back at it again when he hit the suburban streets of Los Angeles for a jog.

Being in the spotlight in Hollywood for 20 years, the California native did stop at certain points during his run to take a call or two, which put a big beaming smile on his face. 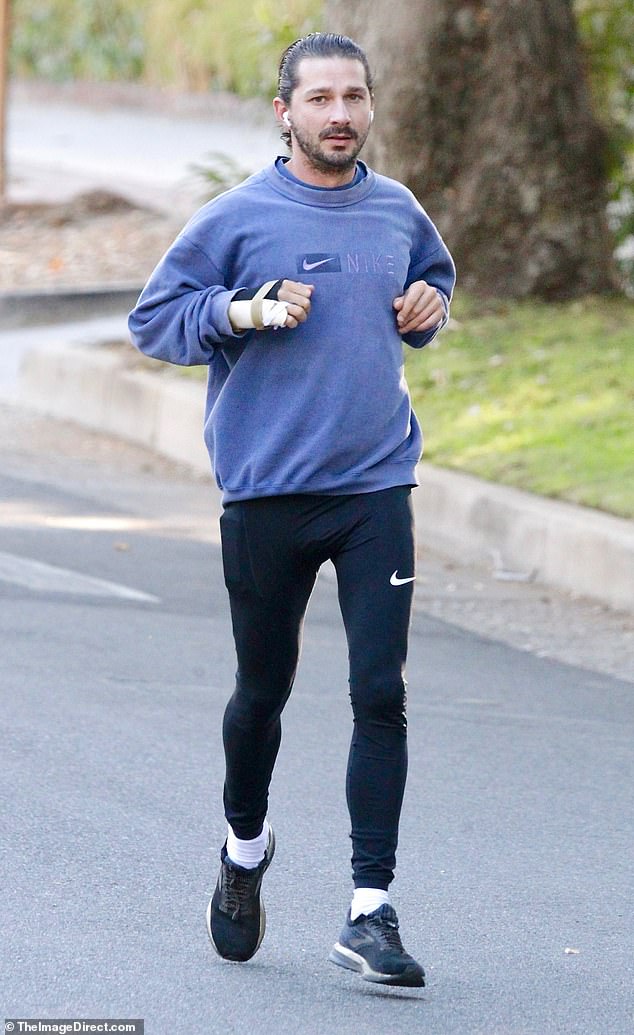 Fit and ready: Shia LaBeouf, 34, headed out on his near-daily job around some suburban streets in Los Angeles on Saturday

The Peanut Butter Falcon star put his lean physique on display in tight black Nike leggings that was paired with a grey Nike sweatshirt.

He also wore black sneakers and had his dark brown hair stylishly slicked back as he swiftly made his way along the side of the street.

The 34 year old actor is still sporting a cast on his right arm, which he was first seen wearing a couple of weeks ago, for an unknown injury. 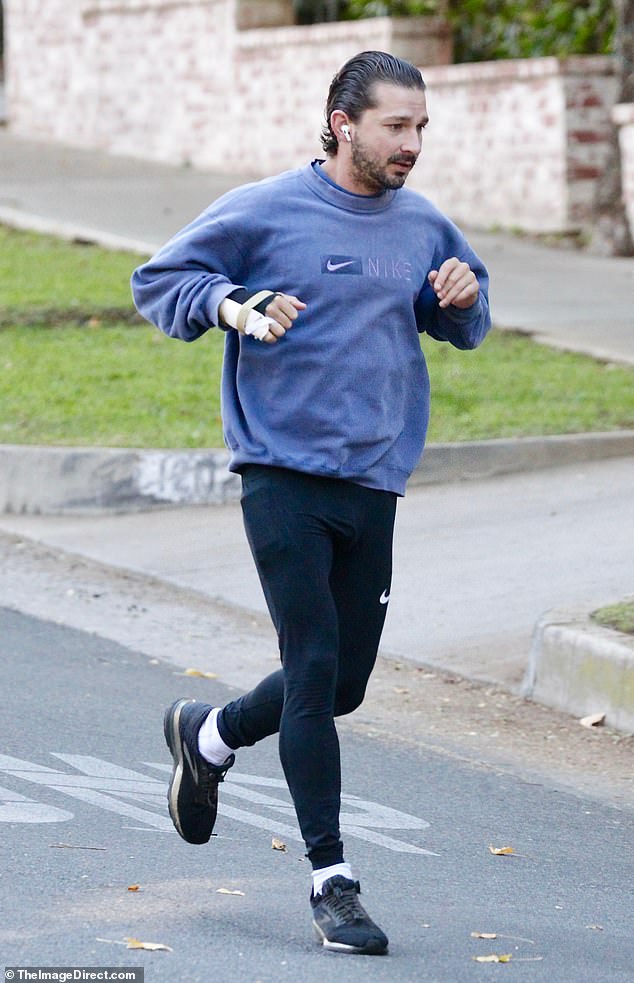 Sporty: The Peanut Butter Falcon star put his lean physique on display in tight black Nike leggings that was paired with a grey Nike sweatshirt

He looked very happy when he took a call during the run, which is something he can use more of in the wake of his latest legal wrangling.

Just last month LaBeouf was charged with misdemeanor battery and petty theft for his alleged involvement in an altercation with a man in June.

Prosecutors allege the Honey Boy actor fought with the man and took his hat by the end of the altercation, according to a criminal complaint obtained by The Associated Press.

Neither party suffered any serious injuries.

LaBeouf has an arraignment hearing scheduled for November 19th. 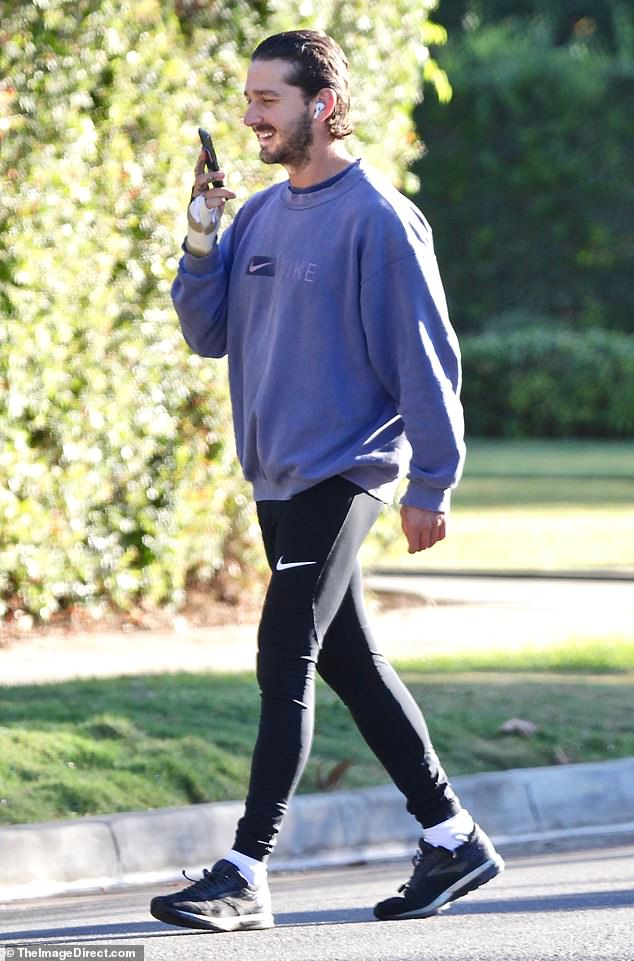 Glowing: The California Native lit up with a big beaming smile when he stopped to take a phone call during his jog

The cast on his arm, however, appears to be unrelated to the incident, since he only started wearing it about a month ago.

Most recently, he garnered widespread acclaim for Honey Boy (2019), a film he also wrote about his relationship with his father, and The Peanut Butter Falcon (2019).

His newest role sees him star opposite Vanessa Kirby in the Netflix drama film Pieces Of A Woman.