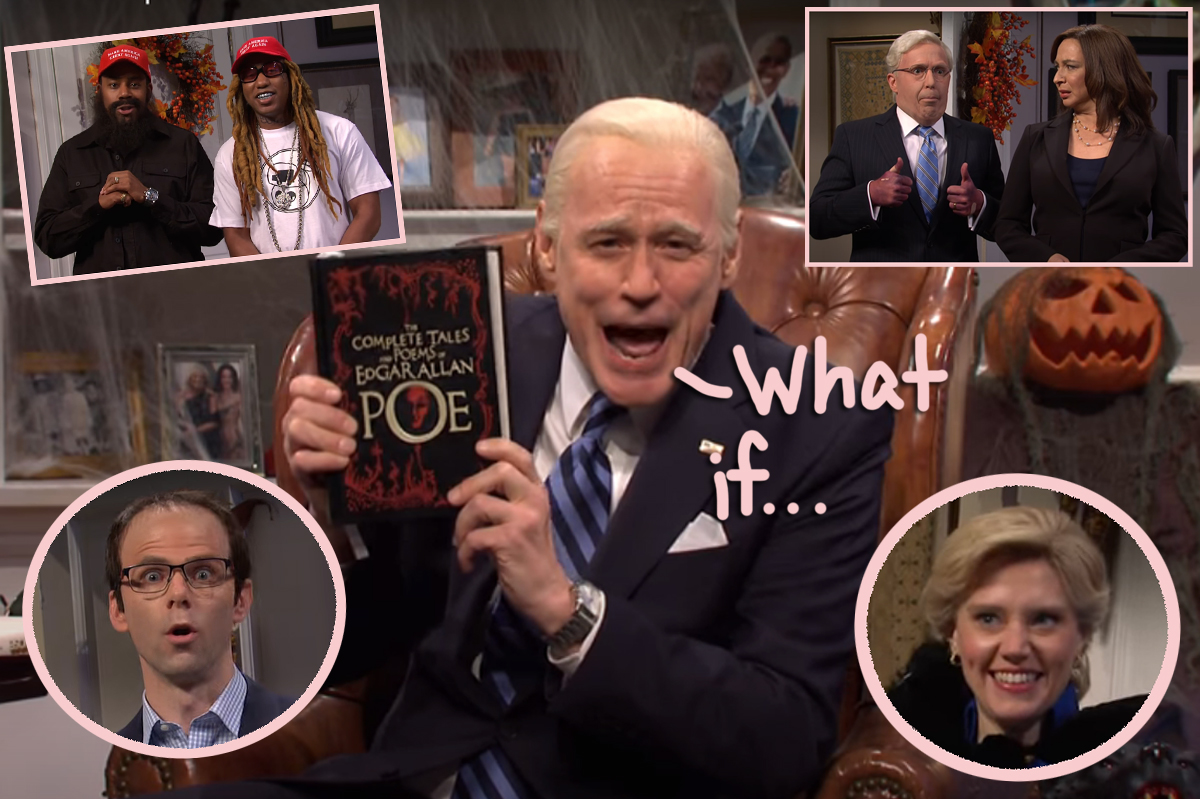 The good folks over at Saturday Night Live appear to be just as scared about Tuesday’s upcoming American presidential election as all the rest of us… whether any of us want to admit it or not!

On Saturday night, which of course doubled as Halloween for all your trick-or-treaters out there, the long-standing late night comedy sketch TV show ran another new episode. This time around, comedian John Mulaney hosted (brilliantly!), while The Strokes popped up as the musical guest, twice performing live during the evening.

The biggest major takeaway from last night’s show, however, was the cold open, right at the very start of the show. In it, Jim Carrey‘s Joe Biden reads Americans an objectively creepy Halloween ghost story presupposing the horror that may come if Donald Trump were to win re-election.

Kamala Harris, Mitch McConnell, FiveThirtyEight‘s Nate Silver, Ice Cube, Lil Wayne, and even Hillary Clinton all popped up in the funny sketch, counseling Carrey’s Biden about how to win and/or why Trump was doing as well as he is. Particularly funny was Silver’s turn in the spotlight, proving just how difficult it is to put accurate numbers onto something so contentious as an American national election…

Ch-ch-check out the smart, incisive cold open (below) if you want to see all that we’ve been talking about:

Wow! Probably a little bit too real for us there, with too many possibilities and horror stories and all that s**t.

Can we just have Biden win the election convincingly and we’ll all move on with our lives again, please?!

Anyways, campaign aside, Mulaney was his normal sharp, funny, self-deprecating self for much of the show, both within his own monologue and the skits in which he took part! You can see a smattering of highlights from the guest host’s work on last night’s new episode (below):

And it wasn’t just Mulaney who impressed! The Strokes brought their unique brand of rock to the SNL stage and turned in two very, very strong performances in their own right!

As always, too, here are the rest of the SNL skits from last night!

Make special note of Colin Jost referencing his marriage to Scarlett Johansson and motioning to his wedding ring at one point on Weekend Update:

What did y’all think of last night’s cold open with Biden and the election? Ready for it all to be over? Worn out by the politics and just want to move on?! Here’s hoping we can do so with a new, normal, sane President, of course… just saying!!!

Anyways, and what else about the full show itself?? We want to hear from you!

Tell us all about it down in the comments section (below)!!!