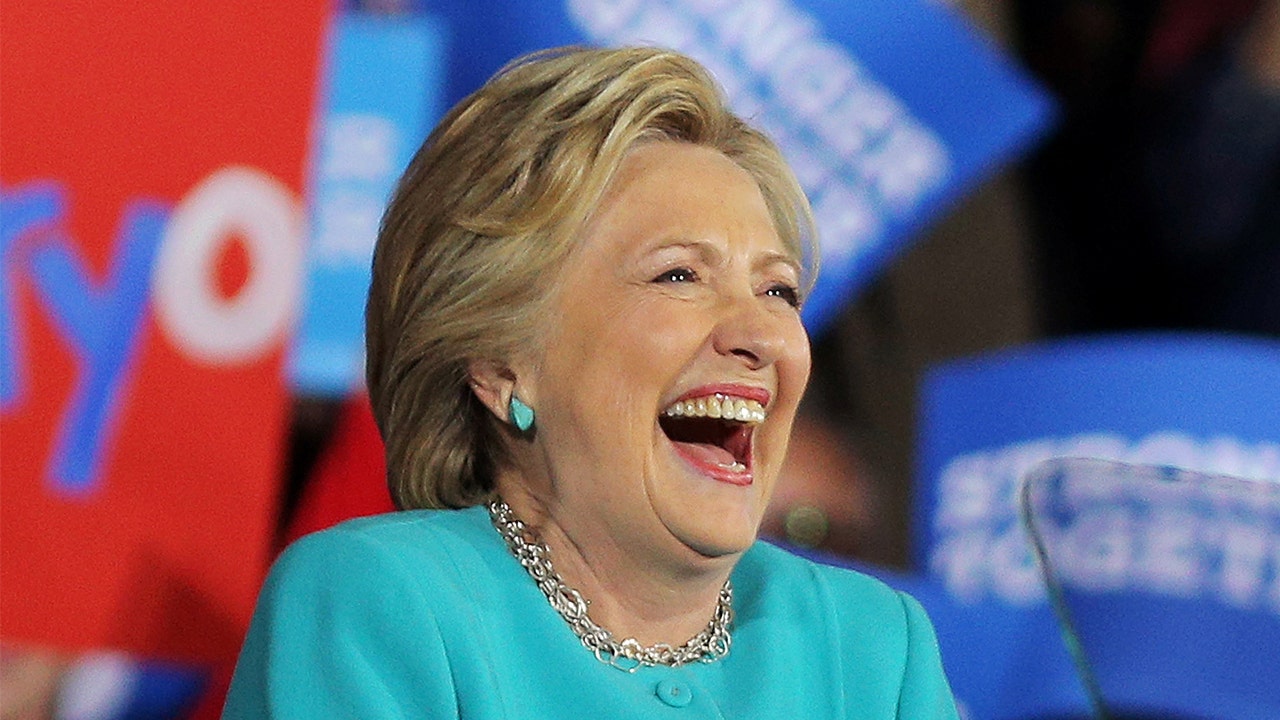 “If you’re like most Americans, you’re excited to vote — and very, very, very worried about the outcome,” comedian Jim Carrey, who has most recently played Biden, said, alluding to Democrats’ fears of a repeat of 2016 despite good polling for their White House nominee.

In the cold open, Carrey’s Biden noted that he was 8 points ahead in polls, which can only go wrong “once in a blue moon.” There was a blue moon Saturday.

But just as he began to read a parody of Edgar Allen Poe’s “The Raven,” 2016 Democratic nominee Hillary Clinton (played by “SNL”‘s Kate McKinnon) knocked “upon” his “chamber door” with the warning, “We lost before.”

“We’ve got this one in the bag,” Carrey’s Biden disagreed. “It’s what every pundit says from shore to shore.”

“Not Michael Moore,” she replied, referring to the liberal filmmaker who predicted Trump’s 2016 win and said this year that the president’s supporters were still being undercounted.

This time, the Silver character said, Trump’s chances of winning were less than 1 in 6. However, when he tried to illustrate the odds by rolling a die, it came up Trump every time.

Silver concluded before leaving, “Our country is haunted.”

Rappers Ice Cube and Lil Wayne (Kenan Thompson and Chris Redd, respectively) also visited to say they were voting for Trump because he would lower their taxes and also, “if you have a platinum record you can plan on him doing a photo op with you.”

Carrey added, “And this Daylight Saving Time, let’s gain an hour and lose a president.”