Emotions are at an all-time high on The Block, as the five competing teams inch closer to their auctions.

And on Sunday’s episode, Tash broke down in tears after she and her father Harry missed out on the $10,000 cash prize, for the week’s front garden and facade reveal.

Having relied on the money to get them out of the ‘red zone’ and ultimately finish their build, a lot was riding on the judges’ final scores. 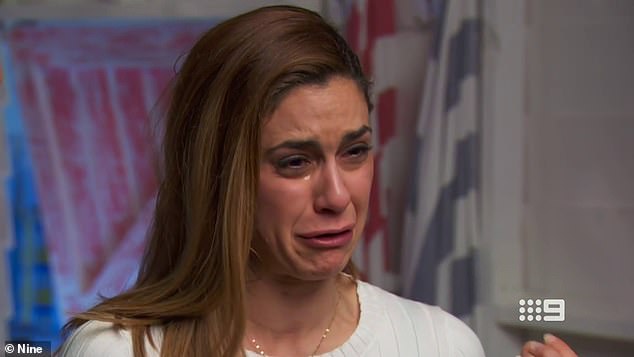 ‘I just want to go home!’ The Block’s Tash (pictured) broke down in tears and threatened to LEAVE the show on Sunday’s episode, after she and Harry missed out on the $10K cash prize

Harry and Tash finished last on 26 points, while Sarah and George, and Jimmy and Tam, tied in first place on 29 points.

Daniel and Jade, and Luke and Jasmin, also tied in second place on 28 points.

After the winner was announced, Tash was heard sobbing in the bathrooms and was comforted by Jade. 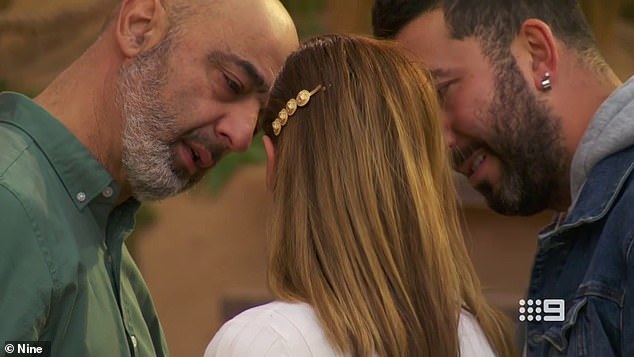 Emotional: Prior to host Scott Cam reading out the final scores from the judges, Tash broke down in tears. She was comforted by her father Harry (left) and co-star George (right) 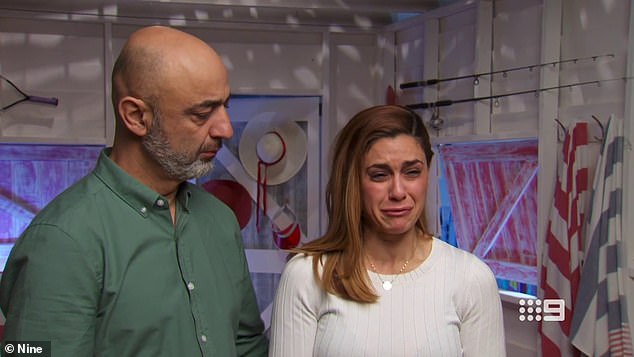 In dire need of money: Tash and Harry were in desperate need of the $10,000 cash prize from Sunday’s front garden and facade reveal, in order to get out of the ‘red zone’

‘We’re not gonna be able to finish the house,’ she continued, referencing how she and Harry are in dire need of money to finish off the build.

Earlier on in the episode, a frantic Tash was seen painting the exterior of the house just two hours prior to the reveal, despite rainy weather conditions.

‘[We’re] completely in the red this week, so if we don’t win this week, we’re not going to be able to finish the build,’ she said on camera. 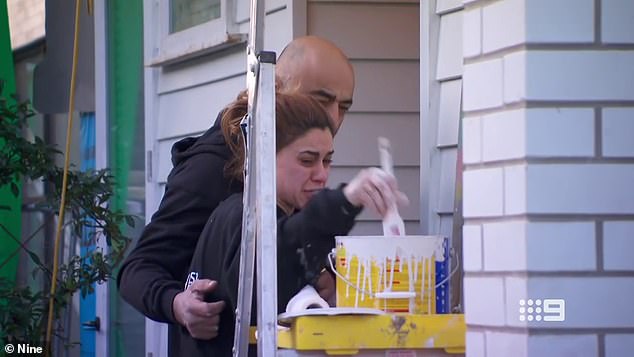 Panicking: Earlier on in the episode, a frantic Tash was seen painting the exterior of the house just two hours prior to the reveal (pictured), despite rainy weather conditions: ‘I’m gonna try because if we f***ing don’t [finish painting], we’re not going to win’

After Harry tried to coax her down from the ladder, she broke down in tears.

‘I’m gonna try because if we f***ing don’t [finish painting], we’re not going to win,’ she told her father…. later adding that they desperately ‘need the money’.

In a piece to camera, Harry said that contestants on The Block have different ways of coping with time constraints and less than stellar working conditions.

‘People handle pressure differently, we’re both under a lot of stress.’

The Block continues Monday at 7.30pm on Channel Nine 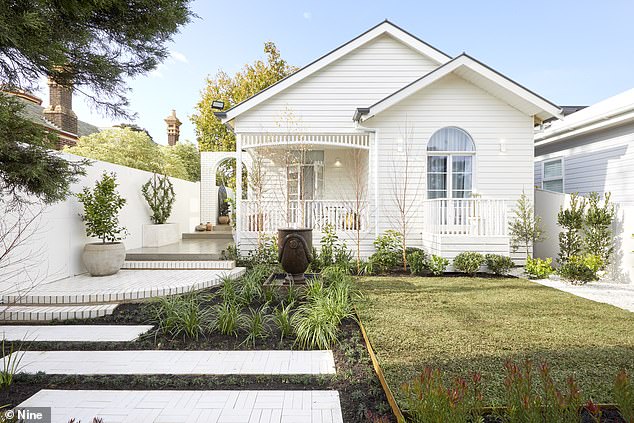 Criticism: While judge Shaynna Blaze loved the white colour palette for Harry and Tash’s facade (pictured), she found the garden to be too busy and in need of scaling back